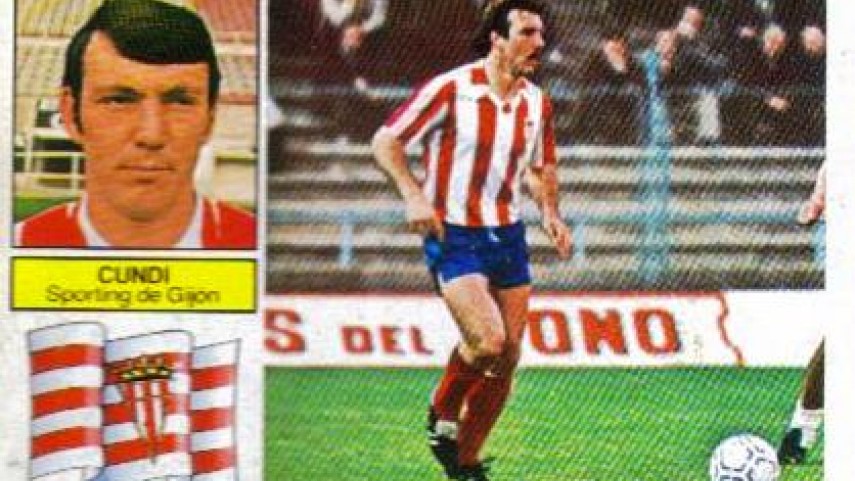 Who was he? Secundino Suárez Vázquez, more commonly known on the pitch as ‘Cundi’, was born in Sotrondio (Asturias) and played as a left back for Real Sporting de Gijón between 1974 and 1990. After starting his career at CD Ensidesa, he gave 15 years of his career to the Asturian side, except for the 76-77 season, in which he was loaned out to UD Poblense in order to complete military service.

What is he remembered for? His attacking instinct and his physical endurance will never be forgotten at El Molinón. He was the boss of Sporting’s left hand side, and was capped nine times by Spain. A local lad, he formed part of his club’s most successful period: two Copa finals, six UEFA Cup campaigns and one runners up medal in the league.

What became of him? He retired in 1990 aged 35, and opened a café in Vesques (Gijón), where he shares anecdotes and enjoys Sporting’s matches with some of his ex teammates.

Did you know…? 'Cundi' is the father of footballer Rubén Suárez, who is currently plying his trade at Greek side Skoda Xanthi FC. The forward followed in his father’s footsteps, coming through the Sporting de Gijón youth ranks before playing for both Levante UD and UD Almería.