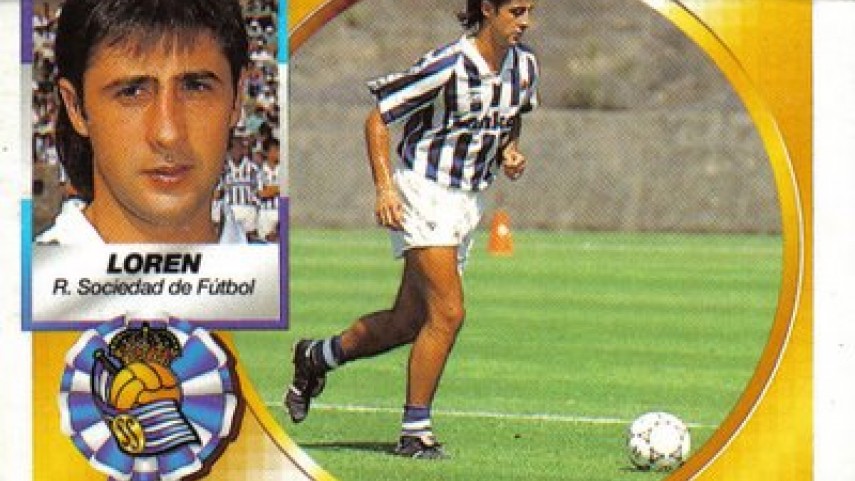 We remember the legendary Real Sociedad centre back and forward who spent 14 seasons with the club he debuted with at 17 years of age.

Who was he? Lorenzo Juarros García (Mambrillas de Lara, Burgos, 1966) was a Spanish player who enjoyed spells with Tolosa CF, San Sebastián CF, Real Sociedad, Athletic Club and Real Burgos. Despite being born in the province of Burgos, he grew up in the Basque town of Ibarra, where he developed as a footballer.

Why is he remembered? For the 14 seasons he spent with Real Sociedad as well as his time with Athletic Club. He played 411 competitive matches and scored 41 goals. During his career he played in two very opposing positions: central defence and up front.

What became of him? He retired as a player in 2002 with Real Sociedad but stayed on at the club in order to become a member of the Basque side’s technical staff. He is currently the sporting director of the San Sebastian outfit.

Did you know? He made his debut with the Blue and Whites while playing for the reserves at 17 years of age because of a players’ strike which allowed him to get an early taste of the Spanish topflight.