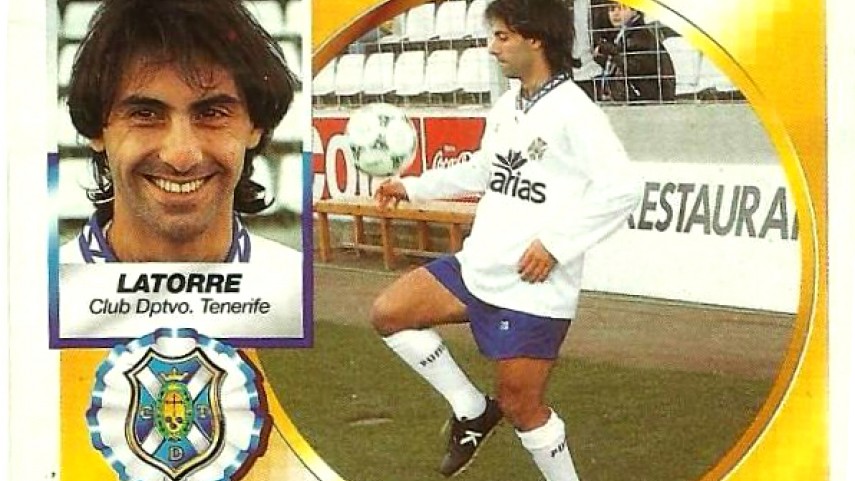 What became of… Diego Latorre

We remember the Argentine forward who formed part of the best ever Tenerife side.

In the past… Diego Fernando Latorre (Buenos Aires, 1969) is a former player and current commentator. The forward played five seasons in Liga BBVA, four of which were with CD Tenerife and one with UD Salamanca.

His achievements… In his trophy cabinet the 1991 Copa America, won with his national side, stand out. Latorre shared an albiceleste dressing room with Sergio Goycochea, Claudio Caniggia, Diego Simeone and Gabriel Batistuta. He made his debut for Boca Juniors aged 18, and won a Recopa Sudamericana, amongst other trophies, with the Argentine outfit. After a brief stay in Italy, he joined CD Tenerife in 1992, at the time under the management of countryman Jorge Valdano. After 69 games and 15 goals in four seasons, he signed for Salamanca, with whom he played one season.

After hanging up his boots… Following retirement in 2006, he started working in the media. He is currently a commentator for various South American media outlets.

Trivia… Latorre was part of the best ever Tenerife side. The 1992/93 season will forever be remembered by the Canary Islanders, finishing in the Europa League spots, denying Real Madrid CF the Liga BBVA title for the second season in a row in the process.