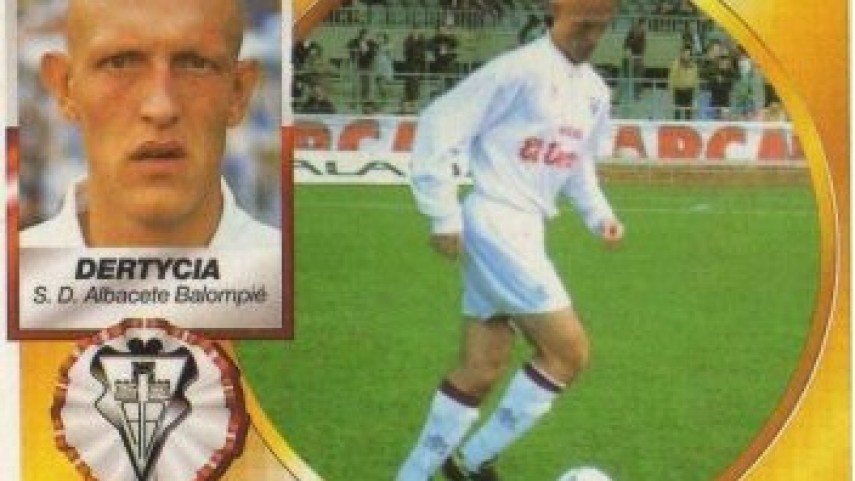 We remember the Argentine forward who led the line for Cádiz, Tenerife and Albacete during the 90s.

Previously… Oscar Alberto Dertycia Álvarez (Córdoba, Argentina, 3 March 1965) is a former forward who, after coming through the ranks in his home country with Instituto Atlético Central Córdoba and AA Argentinos Juniors, he passed through football on these shores with Cádiz CF, CD Tenerife and Albacete Balompié.

His achievements… Dertycia came to Liga BBVA as the second highest goalscorer in Argentina during the 80s, and he continued this during his time in Andalusia, scoring six in his first 21 games. His goals that season were fundamental in Cádiz staying in the league and he became an instant hero with the club’s fans.

The next season, Dertycia signed for Tenerife and played under both Jorge Solare and Jorge Valdano. Amongst his most important goals is the one he scored against Real Madrid CF in 1992/93, as the Whites missed out on the league title and the Canary Islanders qualified for the UEFA Cup.

After hanging up his boots… He decided to stay involved with football, and is currently involved at the Córdoba Institute. Also, is in charge of coordinating the youth teams at the same club.

Did you know… His physical resemblance to the character meant he earned the nickname Mister Proper", a name given to him in Andalusia and which stuck with hi throughout his tenure in Spain.