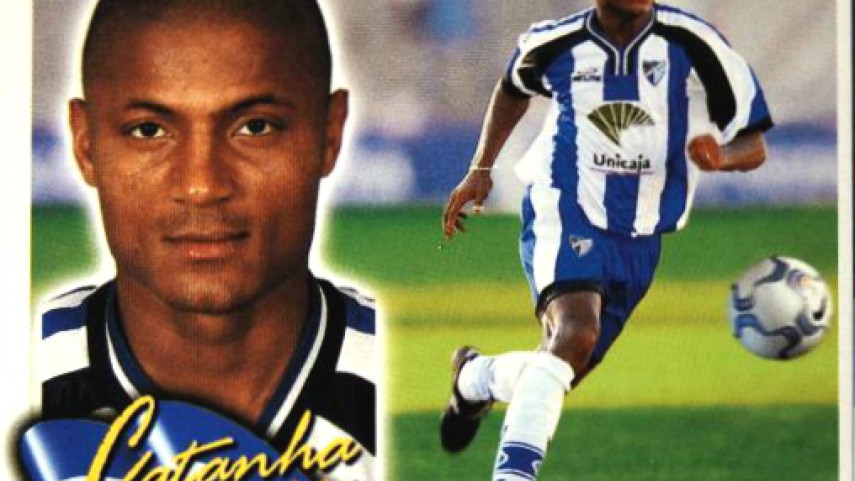 The Spanish-Brazilian forward, who scored 134 goals in Spain, will always be remembered for his seagull celebrations.

Previously… Henrique Guedes da Silva 'Catanha' left Recife (Brazil) at 13 years of age to play in the lower ranks of Fluminense FC. He never played for the Río de Janeiro team and was loaned out to Sao Cristovao, the club where he made his debut in the Brazilian first division. After several seasons at various Brazilian clubs, his performances and goals earned him a ticket to Europe. His destination was Portuguese team CF Os Belenenses. He would arrive in the Liga BBVA one year later. He played for six teams in Spain: UD Salamanca, CD Leganés, Málaga CF, RC Celta de Vigo, CD Linares and Unión Estepona.

His achievements… He scored 134 goals in Spain in twelve seasons. Thanks to his goals, UD Salamanca won promotion to the Liga BBVA, as did Málaga CF, in the 1999 season, a campaign in which he was the Liga Adelante's top goal-scorer: he had his best season in Spain with 26 goals. In his second season with Celta he helped the team from Vigo reach the UEFA Champions League for the first time in their history. He played for Spain three times under the orders of José Antonio Camacho.

After hanging up his boots… After a brief spell in the Russian league, he returned to Os Belenenses and tried his luck with CA Mineiro. In 2005 he returned to Spain to play three seasons at Linares and he retired while at Estepona. He is now a scout in his home country.

Did you know… 'Catanha' was Celta's most expensive signing, when they paid Málaga 2.3 million euros for him. For football fans he will always be remembered for his goal celebrations in which he imitated a seagull.