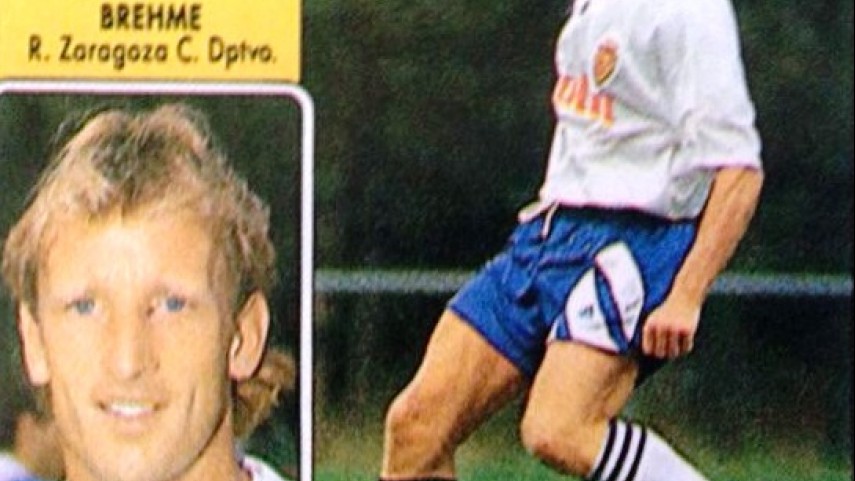 We remember one of the most important German players, who served in the ranks of Real Zaragoza in the 1992/93 season.

Who was he? Andreas Brehme (Hamburg, Germany, 1960) was a German player who made a name for himself in the eighties and nineties both at Real Zaragoza and for his national side.

What is he remembered for? For being one of the best defenders in the history of German football. From his left-back position, Brehme always stood out for his elegance and dominance with the ball at his feet. He arrived at Zaragoza in the 1992/93 season, three seasons after scoring the winning goal in the 1990 FIFA World Cup in Italy. He played 24 matches in the Liga BBVA and another five in the UEFA Cup.

What became of him? After nearly 20 years in the game, Brehme played his last five at FC Kaiserslautern. His cabinet is replete with trophies, including those of the 1990 FIFA World Cup and UEFA Euro ‘96. After hanging up his boots, he started his coaching career at 1. FC Kaiserslautern, Spielvereinigung Unterhaching and VfB Stuttgart 1893.

Did you know…? One of the reasons Brehme chose Real Zaragoza was because his wife was born in Utebo, a town near Zaragoza. He shared a dressing room with several of the club’s legendary players, including Darío Franco and Gustavo Poyet.