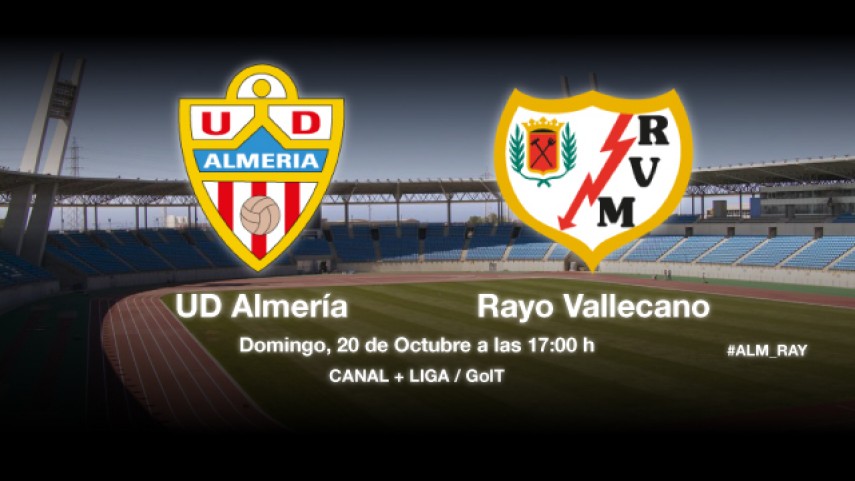 The team managed by Francisco Rodríguez, currently propping up the table, will be looking for its first victory in the Liga BBVA against a Rayo in need of points.

UD Almería and Rayo Vallecano meet on Sunday (17:00 h.) in a match which is of vital importance for both teams, as they occupy the last and penultimate positions in the Liga BBVA, respectively.

The Andalusian team will be looking to make the most of its home support and record its first win of the season. "We are aware that we have played eight league matches and are still without a win, but despite this we are not feeling too much pressure or panicking. We have confidence in ourselves”, stated Francisco Rodríguez on the eve of the clash.

For its part, Rayo is looking for its second victory and to abandon the relegation zone. For Paco Jémez, the Almería game will be "a very important match for us to find a cushion", but he will be without Zé Castro, Seba Fernández, José Carlos and Leonel Galeano.