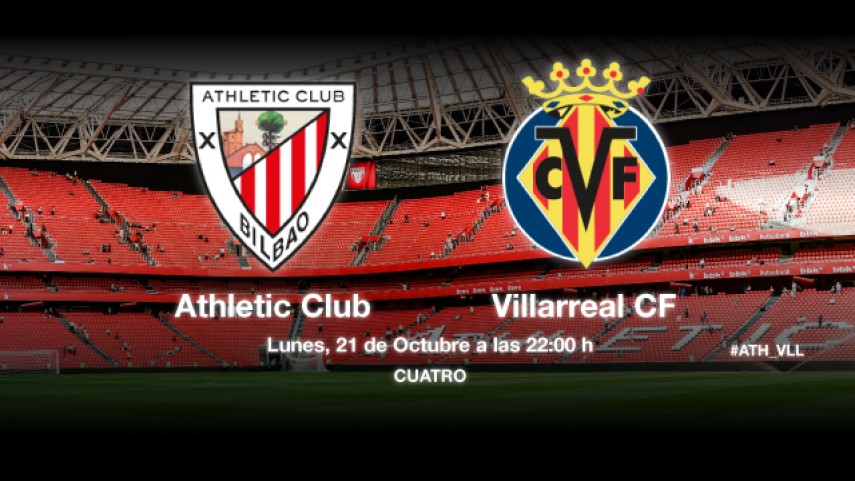 Villarreal looking for a win at San Mamés

The Yellows will look to become the first visiting team to take three points at Athletic’s new stadium when they travel to Bilbao in the ninth round of Liga BBVA matches.

Athletic Club host Villarreal CF in the ninth round of Liga BBVA matches, having developed a positive mentality at home in the 2013/14 season. Three wins and a draw is the Basque side’s record as the hosts so far this season, whilst The Yellows have only lost once away from home.

Ernesto Valverde’s men will be without Kike Sola, whilst central midfielder Ander Herrera is a doubt because of a muscle injury. Defender Andoni Iraola was cautious when talking about the visit of Marcelino García’s side: "they’ve got players who can do a lot of harm on the counterattack".

For their part, Francisco Farinós, Bojan Jokić and Gabriel Paulista will be out for the visitors due to injury problems. However they will have their three main attacking players Cani, Giovani Dos Santos and Jonathan Pereira available. "It will be an end-to-end match with few breaks", affirmed the visitor’s boss in his pre-match press conference