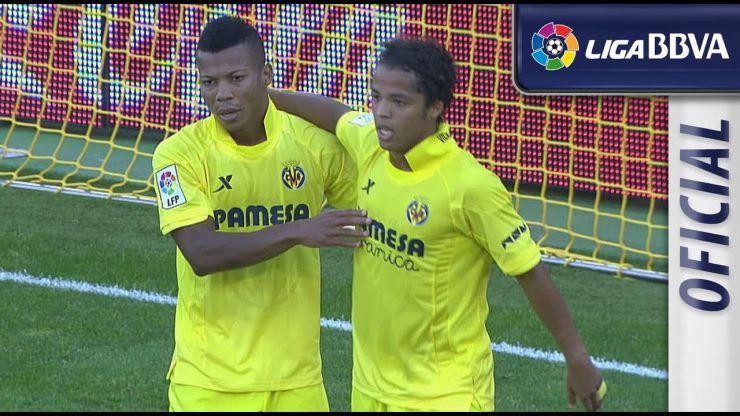 Villarreal gets its smile back

Marcelino's team beat Valencia 4-1 in the local derby and now sits in fourth position in the Liga BBVA.

Villarreal CF beat Valencia CF 4-1 in the local derby on matchday ten of the Liga BBVA. Ikechukwu Uche, Hernán Pérez and Giovani dos Santos (two) scored for the home side.

Marcelino García Toral's men took the lead 17 minutes in through Uche. Dos Santos ventured down the left wing and his low cross was met by the Nigerian striker who sent the ball into the net guarded by Vicente Guaita. Villarreal's second came just five minutes later. Hernán Pérez made the most of Cani's assist from the left to beat the Valencian keeper with an unstoppable header. Half-time in the Madrigal arrived with 2-0 on the scoreboard.

Villarreal could have sealed the victory no sooner had the second half started, but Guaita stopped the penalty fired at him by Dos Santos in the 47th minute. The Mexican made up for his error three minutes later, making it 3-0 from a corner. Ricardo Costa cut the deficit after 63 minutes heading in another corner, and despite Valencia's continuous pressure and determination, it was Dos Santo who put the final nail in the coffin with a beautiful shot from the top of the box to make it 4-1.