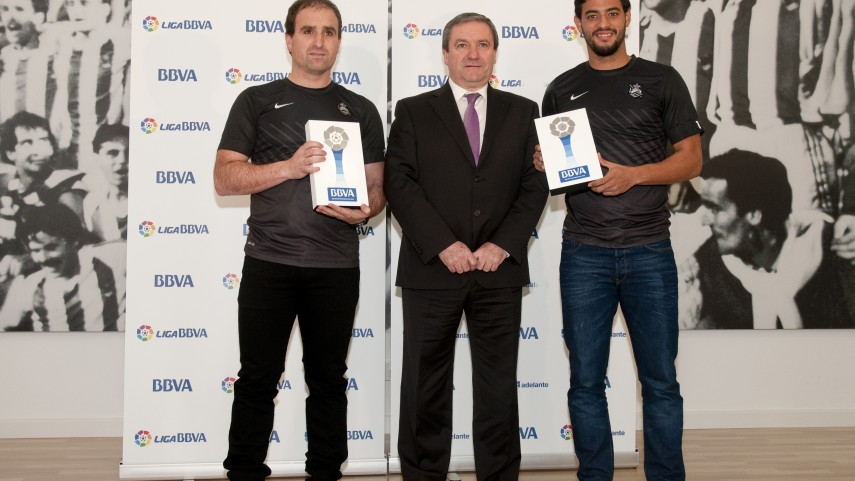 The Mexican striker received the award for being one of Real Sociedad's most crucial players.

Carlos Vela has made a genuine breakthrough this season at Real Sociedad de Fútbol. Also, his performances during December made him a worthy winner of the best Liga BBVA player award. Vela was grateful for the accolade, saying "I am proud to receive this award, on a personal level and also because of the work of the whole team and all my teammates, without whose help I would not have been named player of the month".

The Mexican ended the first round of matches with eight goals in 17 matches, most of which were decisive. Stellar performances such as that Carlos Vela put in against RC Celta de Vigo have made him one of the Liga BBVA's most important players. That night, the striker from Cancun put four past the Galician team to finish off his team's comeback on an epic night for the fans in the Anoeta.

Also, this season Vela has gone down in txuri-urdin history. Against Granada CF, on matchday 17 of the Liga BBVA, Carlos Vela played his 100th match in a Real shirt. He celebrated it by finding two of his team's three goals in Los Cármenes.

The 2013/14 season is his third with Real Sociedad and his stats this year his best yet. While in his first campaign with the txuri-urdin he scored 12 goals in the Liga BBVA, the following season he bettered it with 14. After the first 20 matches he has already scored 8, therefore he looks like beating his personal goal-scoring record.