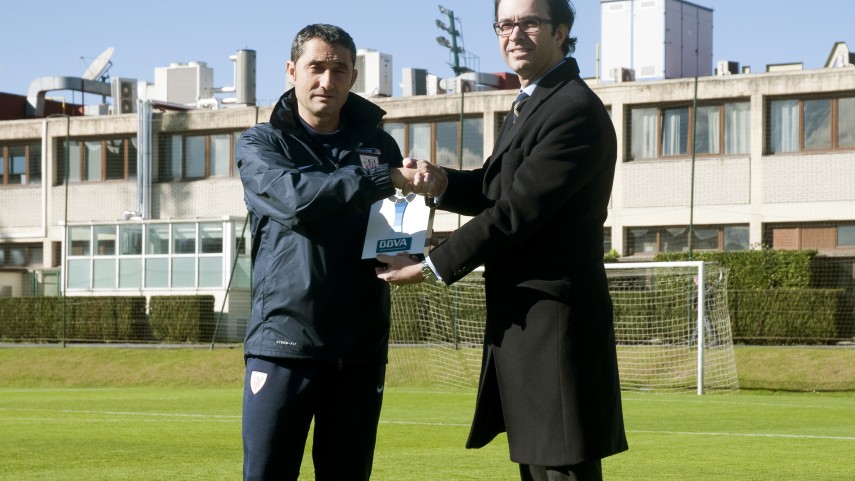 The Athletic coach has been awarded with the BBVA Prize for his team’s excellent performances.

Ernesto Valverde has been awarded with the BBVA Prize after being chosen as the best Liga BBVA manager during the month of January by the main sponsor of the Liga de Fútbol Profesional.

Valverde said his thanks for the accolade and stated that "awards are always positive and we should be thankful for them, but above all what they mean is that the team was very good this month. It is an award that the coach picks up, but which applies to the whole team".

Things have gone almost perfectly for Athletic Club during the past six weeks. With three wins and one defeat, the Bilbao side has consolidated fourth spot in the league and has also found its shooting boots, having scored 15 goals in three matches.

Athletic began 2014 with a 2-0 derby defeat to Real Sociedad in Anoeta. That was an epiphany moment for the team, which has not lost a single league match since then and has also turned itself into a devastating attacking force, having subsequently thrashed Almería (6-1), Valladolid (4-2) and Osasuna (1-5). Valverde has also turned San Mamés into a fortress. The Lions are yet to suffer a Liga BBVA defeat in their new stadium, with the only loss at home coming in the quarter-finals of the Copa del Rey.