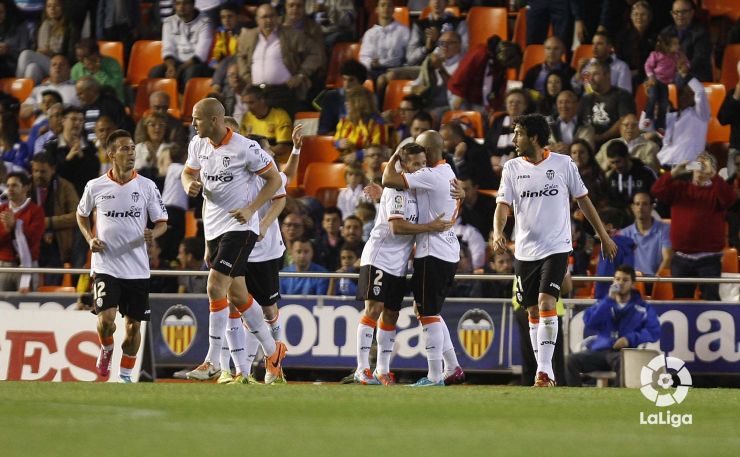 Valencia cap off season with a victory

The team managed by Juan Antonio Pizzi overcame Celta 2-1 with goals from Feghouli and Piatti.

Valencia CF saw out the 2013/14 season with a 2-1 victory over RC Celta de Vigo, who were playing their last match with Luis Enrique in the dugout. Íñigo López put the Galician side ahead, before Sofiane Feghouli and Pablo Piatti steered Juan Antonio Pizzi’s team to victory.

Despite the fact that both teams had already achieved their objectives going into this matchday, the first half of the game was full of chances. Celta took the lead on five minutes through an Íñigo López goal, but Valencia didn’t give up and tried everything in their search for a goal. Eduardo Vargas and Míchel had chances before Feghouli scored the equaliser before the break.

They could not have started the second half in a better way. Valencia took the lead through Pablo Piatti on 55 minutes, a goal that would decide the match. Celta had no response and ended their season with a defeat, while Valencia finished their campaign with 49 points.