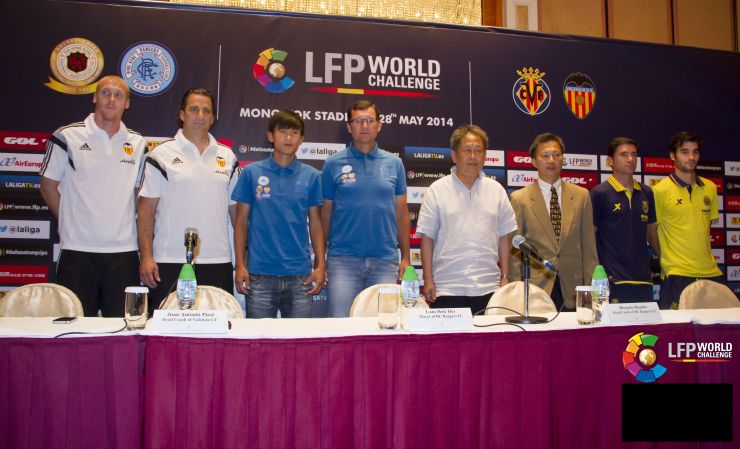 Hong Kong is the LFP World Challenge’s geographical hub. After Sevilla FC's tour of Indonesia and Malaysia, now it's the turn of Valencia CF and Villarreal CF. The two Liga BBVA teams, who have been staying on the banks of the Pearl River Delta, will take part in a three-way mini-league with local team Hong Kong Rangers, starting at 19:30 (13:30 in Spain).

Before the tournament, representatives of the three teams took part in a packed press conference that created a great sense of anticipation. Juan Antonio Pizzi and Jérémy Mathieu, of Valencia, and Marcelino García Toral and Manu Trigueros, on behalf of Villarreal and Ricardo Rambo and Lam Hok Hei, coach and player for Hong Kong Rangers all took questions.

Both Pizzi and Marcelino are convinced that these events will help to strengthen the presence and knowledge of Spanish football overseas. "These matches are important, above all for the institution's image", stated Pizzi. "We represent the club and also La Liga, which we believe is the best in the world and we have to show that with a great show", added Marcelino.