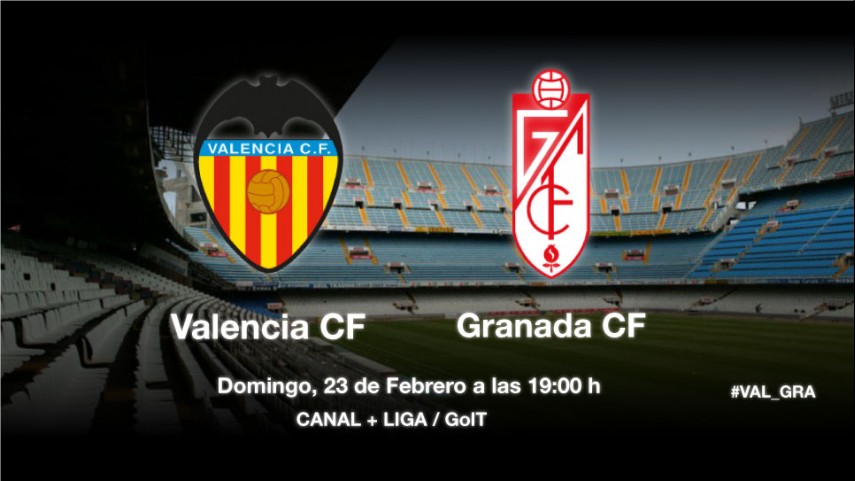 Two teams on the up

Valencia have now played five matches on the trot without losing and they meet a Granada who are looking to record their second consecutive win.

The home side has racked up five matches without defeat, a run that includes two consecutive victories, first against FC Barcelona in the Camp Nou (2-3) and then over Real Betis Balompié (5-0). Its coach, Juan Antonio Pizzi, will be without defenders Oriol Romeu, Víctor Ruiz and Philippe Senderos and midfielder Pablo Piatti, all of whom are injured. Centre-back Ricardo Costa is suspended. Pizzi spoke of the main danger posed by his opponents: "We are going to be careful with counterattacks because in the Mestalla we tend to dominate possession and they could hurt us with the pace of their players", said the Argentine coach.

The visitors will be looking for a second consecutive victory after beating Real Betis Balompié 1-0 in their last match in the Nuevo Los Cármenes. Defender Diego Mainz, midfielder Diego Buonanotte and striker Odion Ighalo did not make Lucas Alcaraz's team-sheet. Midfielder Dani Benítez will also miss the match due to injury. Alcaraz had the following to say about Pizzi's side: "Valencia is a team that has a lot going for it and some good players".