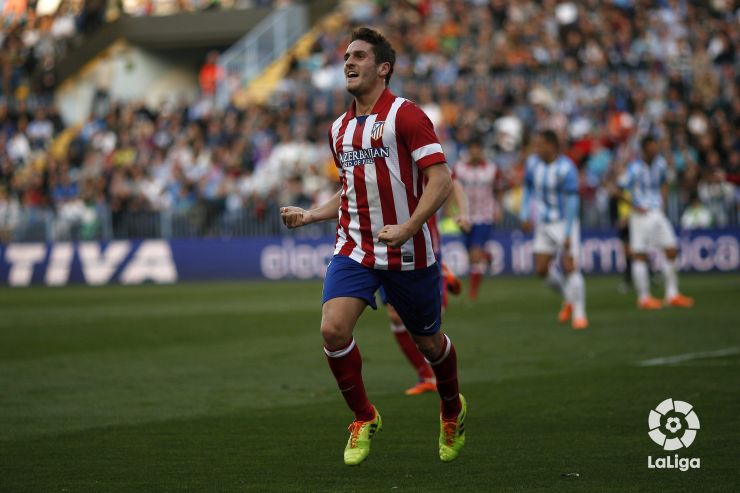 "To be at Atlético is to be proud of your team"

LFP.es spoke to Koke, one of the stalwarts of the rojiblancos, about his impressions on the Madrid team's season in the Liga BBVA.

The excitement of the Liga BBVA is still sky-high after the end of the first half of the season, and Jorge Resurrección Merodio 'Koke' (08/01/1992, Madrid), a household name in Spanish football and at Club Atlético de Madrid, spoke to LFP.es about his thoughts on the rojiblancos. His goals and his contribution in the midfield have made him one of the fans' favourites in the Vicente Calderón.

LFP.es: With the first round of matches behind you, how do you see the team coming into the second half of the season?
Koke: Playing a practically perfect first season and to be in the fight for first place with Barcelona is incredible. We will try and move forward with the same strength and the same energy and it remains to be seen where we are at the end of the season.

LFP.es: Which team do you think has the best chance in the fight for La Liga, Real Madrid CF or Barcelona?
Koke: Both are playing some great football and either of them could finish top. We could too and if we continue the way we have been playing, we will be in the fight for the title, but we know that it is very difficult because we are faced with Barcelona and Madrid.

LFP.es: Atlético is a team that has lost key members such as Radamel Falcao but even so, it keeps getting better, year after year. How do you do it?
Koke: We have to give credit to the coach. He knows how to get the best out of everyone so that they can make up for those losses. However, we know that there are eleven men on the pitch who give everything for the club. That is our secret: being a team.

LFP.es: Since his arrival, Simeone has always spoke about a philosophy. What does 'taking it match by match' consist of?
Koke: Of coming into each match as if it were a final and every time a new player comes in, he has to give his all.

There are eleven men on the pitch who give everything for the club. That is our secret: being a team

LFP.es: For a player like you who has grown up at the club, what does it mean to be at Atlético right now?
Koke: To be at Atlético is to be proud of your team. There have been few clubs in recent years who have achieved what we have. It is something to be proud of as players, because the team gives everything every time they take to the pitch. You cannot ask for more than that.

LFP.es: With the arrival of Simeone, you have taken on a more important role in the dressing room. What role has the manager played in your progress?
Koke: The gaffer has been the best. When he arrived he always told me to be patient, that I was young, and that I would get opportunities and to trust him. Bit by bit opportunities came that I didn't have before and that really got the best out of me.

LFP.es: You have been getting more goals for Atlético this year. To what do you owe that?
Koke: The gaffer asks the midfielders to take shots at goal because not only the forwards should score. As midfielders we have to help the team and the strikers to score, because in the end if only the strikers score, we will not reach our targets.

LFP.es: You have played for Atlético at every level and won many titles. Is the next step making the team for Brazil 2014?
Koke: There are still five months until the World Cup, but who wouldn't want to go with their national side? I want to keep working and doing well for my team, and if I have the chance to go and help my country in Brazil, it would be fantastic.

LFP.es: You head a group of players who are very important in Spanish football. Do you see yourself as a possible replacement for Xavi Hernández for Spain?
Koke: (Laughs) There is only one Xavi and there only ever will be. He still has a lot of years left to play and to entertain us. I have always watched him because he is one of the best in the world.

LFP.es: What do you think about your name being linked with some of the biggest teams in Europe?
Koke: I'm really very relaxed about it. I renewed before the start of the season and I am very happy here at home. I am grateful because things are starting to work out bit by bit and I am maturing as a footballer.

LFP.es: You have been part of one of Atlético's most successful periods in recent years, which has been the most special moment for you?
Koke: My greatest memory with Atlético is the Bernabéu final. My whole family was there and everyone saw how we turned the match around. That was one of the most thrilling moments I have experienced with Atlético de Madrid. You cannot ask for more.