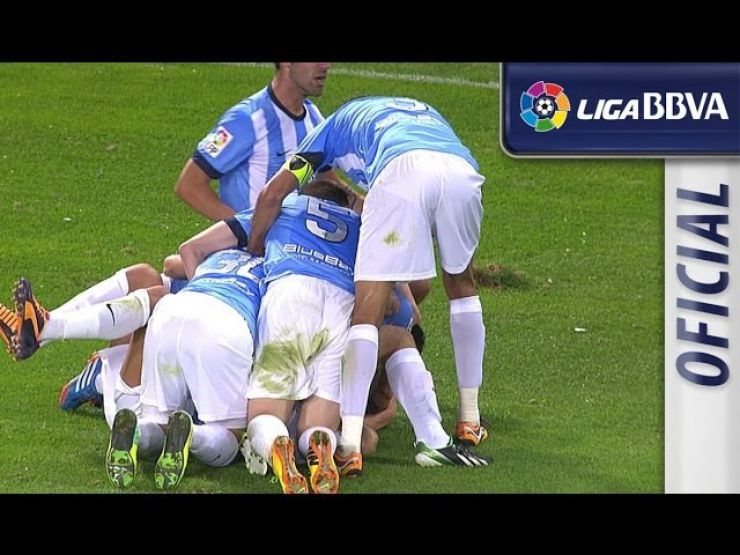 The Andalusian side recorded a 3-2 win over Betis in a thriller in La Rosaleda.

Málaga CF laboured their way to a 3-2 win over Real Betis Balompié in an action-packed Liga BBVA match that could have gone either way.

The match was very close in the first half and this was reflected by the scoreboard. Málaga controlled the game early on and found the net through Roque Santa Cruz before the clock read 15 minutes. However, Betis began to find their game and Joan Verdú scored from a direct free-kick on the half-hour mark to re-establish parity and leave the match open in the second half.

While the first half was a thriller, the second certainly lived up to the fans' expectations. Eliseu finished a great counter-attack from the Andalusians to put his team in the lead once more, but one minute later Jordi Figueras turned up to nod in a cross and level the game at 2-2. However, when it looked like the match was destined to be a draw, Samuel García, who came on in the second half, stole the glory for his team in the dying breaths.