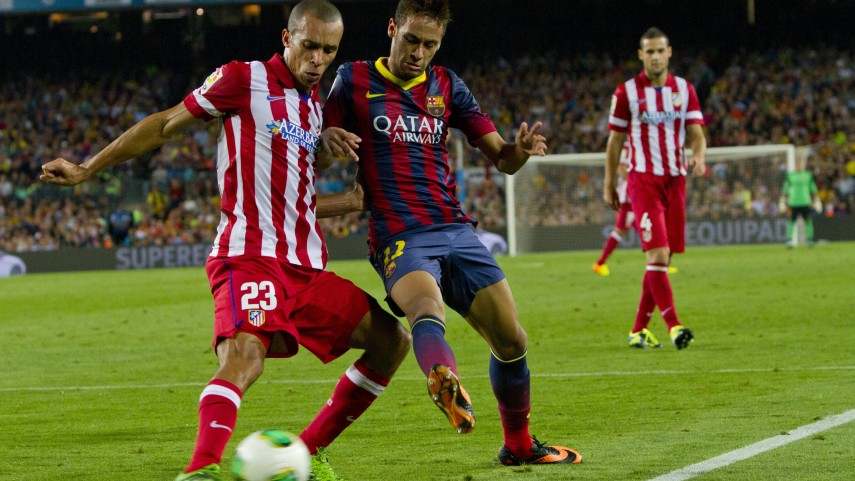 The clash between Atlético Madrid and Barcelona sees the best teams in the division go head-to-head. LFP.es analyses both line-ups ahead of this weekend’s big game.

The stage is set for an epic encounter this Saturday at 8pm in the Vicente Calderón as two footballing titans come face-to-face: Atlético Madrid and Barcelona. The two joint Liga BBVA leaders meet each other on 49 points each for an almost impossible to call match. A victory for one would see the run of 12 matchdays neck-and-neck with each other come to an end.

Each of theses sides represents perfection in the most important aspects a team could strive for. Up until now Atlético Madrid has conceded the fewest goals in the league (11), while Barcelona has scored the most (53).

Both teams will feel assured of themselves on Saturday as they have each been assembled to perfection. Despite his young age, the home side’s Thibaut Courtois is as reliable a keeper as you could hope for. His blaugrana counterpart, Víctor Valdés, returns from an injury and has enjoyed eight clean sheets from the 14 league matches he’s played in so far this season.

Atlético Madrid has been most consistent in defence. Diego Godín and João Miranda are both enjoying perhaps the best moments of their sporting careers, and Juanfran Torres and Filipe Luis have become important components of the team’s attack while still upholding their defensive duties with aplomb. Barcelona, meanwhile, has only conceded one more goal than Atlético, and much of the credit has to go to Marc Bartra who has become a regular in Gerardo Martino’s starting XI.

Midfield is probably the area of the pitch where Diego Pablo Simeone’s philosophy is most apparent. Courage and a fighting spirit is what 'Cholo' Simeone demands from his men from start to finish, and Gabi, the team’s captain, is the living representation of the Argentine coach on the pitch. On Saturday he will trying to give his side balance against some of the best centre midfielders of the last few years. Xavi Hernández, Andrés Iniesta and Sergio Busquets will try to swing the tie in their favour by creating most of the play and dominating the possession, as is their custom.

All heavy artillery needs a sharp spearhead. The Red and Whites can count on Diego Costa up front who is currently enjoying a splendid run of form that includes 19 goals in 18 Liga BBVA matches. Meanwhile, the Catalans’ firepower couldn’t be in more buoyant mood: Cesc Fàbregas, Pedro Rodríguez, Alexis Sánchez and Lionel Messi have all scored recently. Added to that list is Neymar. Three of these five players will act as the main weapon to break down the home team’s defence.

These matches are always full of passion, courage and above all else memories, lots of memories. José Luis Pérez Caminero’s famous sidestep against Miguel Ángel Nadal or Rivaldo’s fantastic lop over Molina from the halfway line are just some of the memories that remain etched in fans’ minds.

In more recent times, there have been heated exchanges between players from both sides which could influence the game. Duals between Diego Costa and Gerard Piqué as well as Messi and Godín could be the talking points during this weekend’s match. Whatever happens, they will be in the bright spotlight of what will be a spectacular Atlético Madrid vs. Barcelona clash.