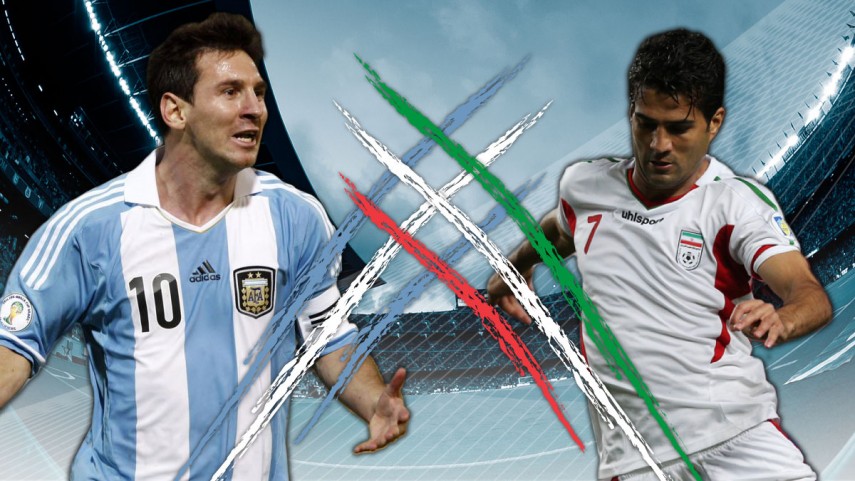 The technique of Masoud meets the quality of Messi

The Liga Adelante midfielder and the Liga BBVA forward cross paths in the World Cup as Argentina take on Iran.

The Iranian Masoud Shojaei, UD Las Palmas player, and Leo Messi, the second highest goal-scorer in the Liga BBVA, will meet on Saturday in the 2014 FIFA World Cup. Iran will be looking to cause an upset with a victory over the Argentinians and stay alive in the competition, despite the fact that the Albicelestes start out as favourites and a win would qualify them for the next round.

Furthermore, Carlos Queiroz’s side has a star in its midst, one of the surprise packages of the Liga Adelante. Masoud has become one of his country’s key players, commanding Team Melli from the midfield. With 51 matches under his belt and 5 goals, he will carry the baton in a match that is crucial for his side, although his teammates from the Canary Island outfit will be in his thoughts as they battle for promotion to the Spanish topflight.

It is a golden opportunity for him to take on one of the best players of the modern era, Leo Messi. The FC Barcelona striker came to Brazil hoping to win his first World Cup title. And he made his intentions clear in the Argentinian side’s first match, when he found the net for his team against Bosnia and Herzegovina (2-1). With 87 matches in a blue and white shirt and 39 goals for his country, the 26 year old will be trying to bring the magic and goals he produces in the Liga BBVA to Argentina.

Therefore, the Estadio Mineirão (Belo Horizonte) will be witnessing a clash of the titans in which the top two divisions of Spanish football will have a part to play: Messi and Masoud, two of the stars of Barcelona and Las Palmas, respectively, who both took their clubs to the battle for the top in the 2013/14 season.