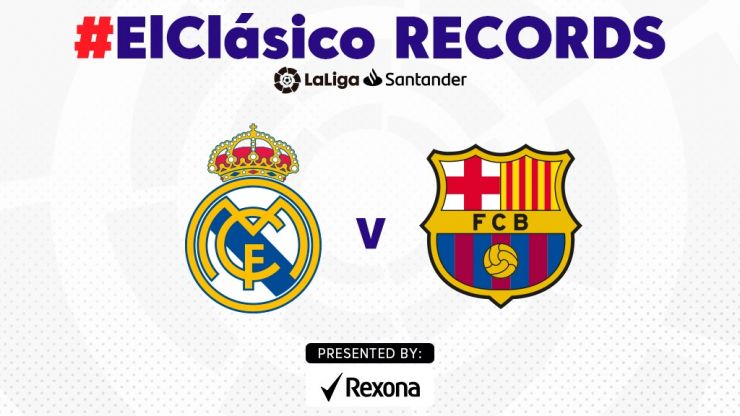 We are all set for #ElClasico, the star-studded match which pits two of LaLiga Santander's all-time greatest teams against each other. Can you remember who scored the fastest goal? The fixture's top goalscorer? Stand by for all the records!

We are on the brink of a new edition of the most eagerly awaited face-off in LaLiga Santander and what better way to whet our appetite than by taking a look back at the players #BreakingLimits to make history in the Clasicos of the 21st century. Here are eight records which have defined the era.

Just like Rexona, there’s no doubt in our minds that limits are there to be broken. These players have smashed all of the records and will continue to do so. The big question is: Will anyone manage to take their place and break their records in #ElClasico on Matchday 30? You have to live LaLiga Santander, so don’t miss it!