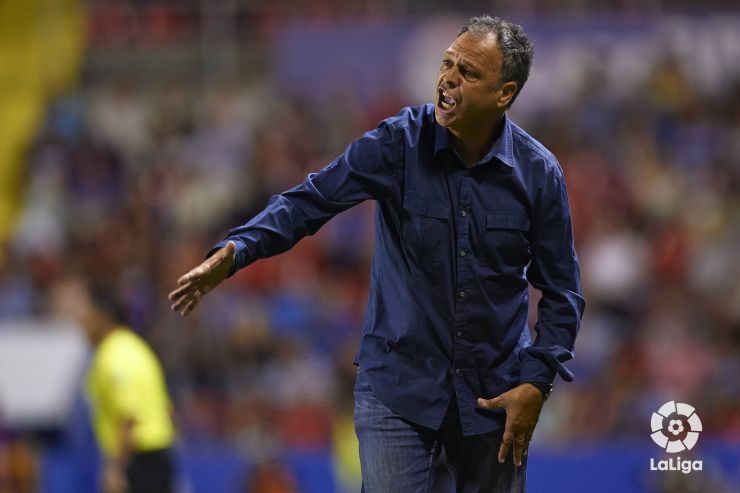 The new look Levante is a success

Joaquín Caparrós is in charge of the new granota squad, which despite all the changes, is as competitive a team as ever.

Renewal and positive results. That seems to be the mantra this new look Levante UD side has adopted, which under the stewardship of Joaquín Caparrós has coped impeccably with the changes to the makeup of the side from last season. Although getting off to a bit of a shaky start this season, the Valencia outfit has since put any initial doubts to rest.

Caparrós side, which currently sits in ninth place in the Liga BBVA with 13 points, has turned itself into a solid unit, which is very hard to break down. The Seville-born coach has managed to continue getting positive results for the team despite losing key players like Sergio Ballesteros, José Javier Barkero and Juanlu. Strong performances from the likes of David Navarro, Rubén and Jordi Xumetra have overshadowed those departures and now Levante really looks like a team. While the side lost to Barcelona on the opening day of the campaign, it has since then succeeded in becoming a resilient opponent, one which Real Madrid recently only just beat in stoppage time.

Not only has Levante made somewhat of a fortress at home, but is also strong on the road. Three of the side’s five away trips have ended in wins, while another ended level with Almería. Levante’s best traits are its fighting spirit and perseverance which have seen the team pick up 10 points in the last minutes of matches. Rayo Vallecano, Almería, Osasuna and Celta Vigo have all suffered at the hands of the granota tenacity this season. In summary, despite the new faces, this new look Levante has been able to stick to its successful philosophy: to fight as a team for results.