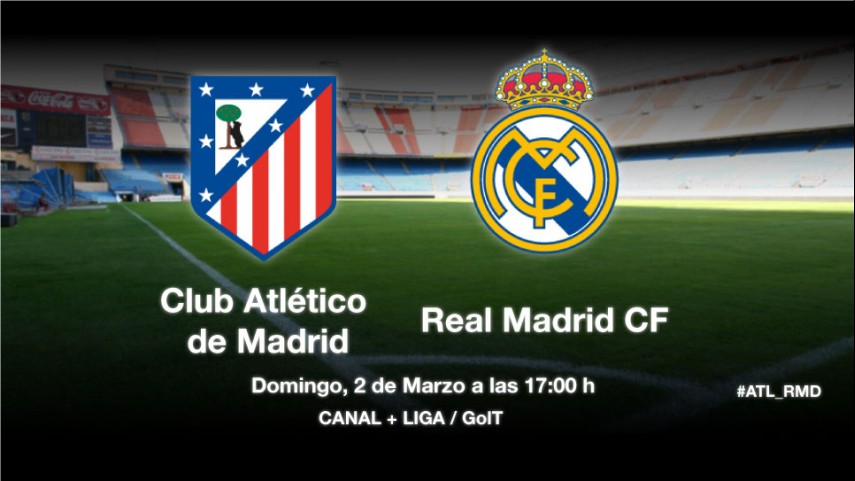 Atlético and Real Madrid meet with the Liga BBVA leadership at stake and the rojiblancos' victory in the first half of the season will be fresh in everyone's mind.

The derby between Club Atlético de Madrid and Real Madrid CF is the main event on matchday 26 of the Liga BBVA. It is a historical match that is rich in rivalry and this time it will be more exciting than ever thanks to the form of both teams, and their desire for victory.

Winning would mean much more than just three points to Atlético, who have a chance to stake a claim to the top of the table. The rojiblancos defeated Real Madrid in the Santiago Bernabéu in their first match of the season and they will now be looking to repeat the feat at home, where the Whites have not won in the Liga BBVA for 16 years. "We are meeting the best team, but what matters is what actually happens. Let's wait for the match", stated Diego Simeone, who will be without Tiago and Manquillo.

They will be met by a Madrid who are brimming with confidence after thrashing FC Schalke 04 in the UEFA Champions League, who will have a full arsenal for such an important match. Carlo Ancelotti has already told his men what they need to do to win: "We have to be at our best in defence and attack. We have to play with courage and personality. We have to do as well as possible".