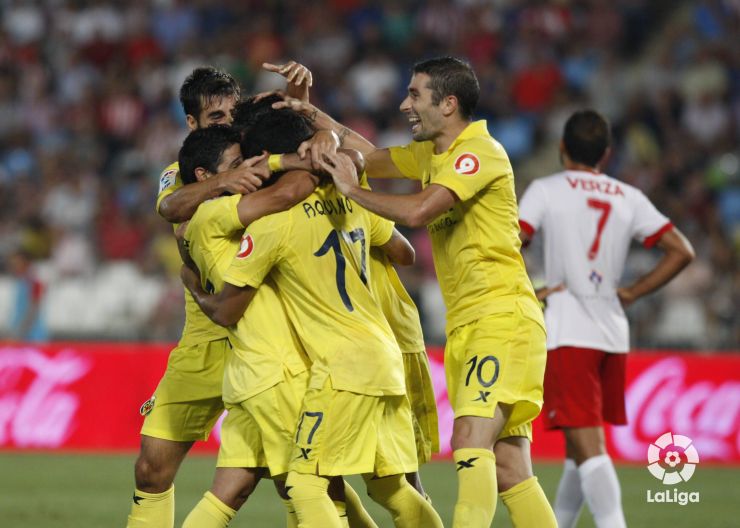 After ten matchdays in the Liga BBVA, Atlético and Villarreal continue to be the big stories in a championship in which the fights for the title, for Europe and for salvation promise to be packed with passion.

A quarter of a way through the 2013/14 Liga BBVA season, defending champions FC Barcelona lead with 28 points from a possible 30.

Only CA Osasuna, a with a 0-0 draw, were able to hinder Gerardo 'Tata' Martino's men in their spectacular start to the season. The team's near 100 per cent record was consolidated in the Clásico last weekend against its nemesis, Real Madrid CF, who are looking increasing dangerous and promise to fight for the title until the last.

Club Atlético de Madrid sits in second place, one point behind Barcelona, and looks like being a genuine contender for the Liga BBVA title after the first ten matches of the championship. It has already demonstrated its potential with its win over Real Madrid in the Santiago Bernabéu on matchday 7 and has on its side one of the indisputable stars of the tournament, Diego Costa, who is the Liga BBVA's top goal-scorer with eleven.

Without doubt, the season's surprise package has been Villarreal CF, which won promotion from the Liga Adelante last season and so far has six victories that have lifted it to sixth in the table, a spot that promises UEFA Champions League football. Meanwhile, teams like Getafe CF and Athletic Club are in the fight for the European spots. The team from Madrid, after a poor start, is at the high end of the table after a streak of four consecutive victories, while the Basque team is undefeated in its new home, the San Mamés. Levante UD's great early season, after a complete reshuffle at the hands of Joaquín Caparrós, is worth its own mention.

For their part, Real Sociedad de Fútbol, Sevilla FC and Valencia CF have not found any consistency so far this season, but the three giants can be confident that the results will come. Further down the table, another of the recently promoted teams, Elche CF, together with Granada CF and Valladolid CF, can breathe easy in the middle of the table for the time being.

The most surprising thing is to see Real Betis Balompié and Málaga CF, both with a lot of new faces in their squads, in the danger zone at this point in the competition. Meanwhile, RC Celta de Vigo, Rayo Vallecano and Osasuna are proving to be very inconsistent and are struggling to move up the table. Finally, UD Almería, which is the only team not to have won at all in the Liga BBVA this season, will be hoping for a little luck, which it has certainly been short of in a few matches this season, to help it turn things around.