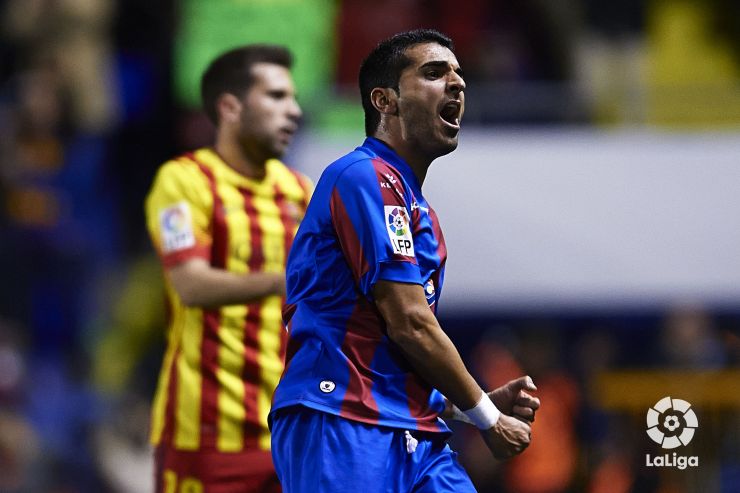 The Liga BBVA, all still to play for

Villarreal get the only win during Sunday’s action, while Barcelona and Atlético draw their respective encounters against Levante and Sevilla. Meanwhile, Getafe rescued a point against Real Sociedad.

Sunday's Liga BBVA action left the league table wide open after Barcelona could only muster a draw in the Ciutat de València against Levante and Atlético Madrid was held to a draw against Sevilla. Elsewhere, Villarreal finish the weekend in fourth place, while Getafe was able to rescue a point against Real Sociedad.

The Red and Whites wasted a golden opportunity to claim the top spot in the Liga BBVA table, and instead had to settle with a 1-1 draw in the Vicente Calderón against Sevilla. David Villa put the home side in front, but Iván Rakitić levelled matters from the penalty spot to help the Andalusians move to seventh in the league, just two points away from the European places.

The blaugrana was also forced to share the points against a ferocious Levante, a team that always causes the big sides problems in its own stadium. The home side wrestled a point from the Catalans thanks in big part to a fantastic performance from Keylor Navas in nets. Loukas Vyntra’s goal in the tenth minute raised the roof in the Ciutat de València, but Gerard Piqué was able to find an equaliser nine minutes later.

In Sunday's other two games, Getafe and Real Sociedad took each other on in the former's ground for a hotly disputed encounter that also ended in a draw. The Basques took a 2-0 lead within the first 15 minutes of the game, but the home side came back to level matters with goals from Ciprian Marica and Pedro León, that helped the team put an end to its run of four straight defeats. Elsewhere, Villarreal beat Almería 2-0 with the goals coming from Ikechukwu Uche and Bruno Soriano.