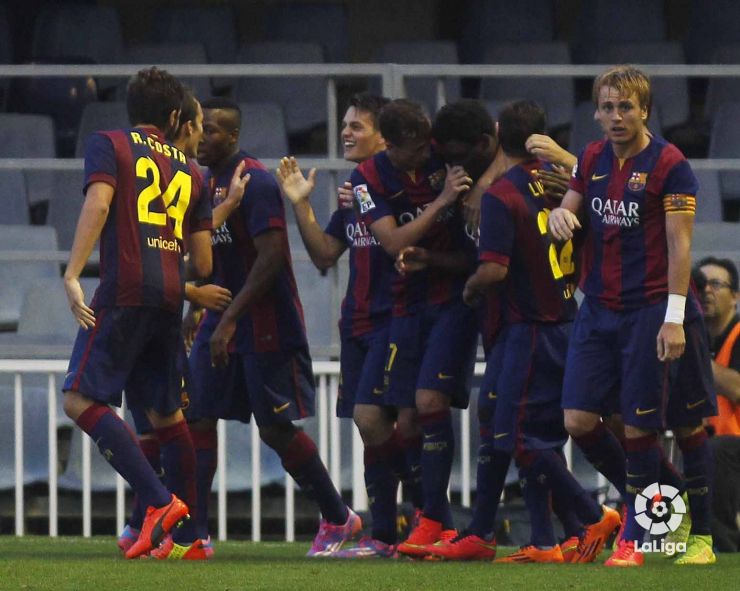 The Liga Adelante, a feast of goals

Compared to last season, the average number of goals at this stage of the championship has increased by seven.

The football just keeps going in Spain. And though the European national sides are playing their opening qualifying games for UEFA EURO 2016, to be held in France, the Liga Adelante continues to thrill football fans domestically.

Both on the Saturday and Sunday, the 22 participating teams joined the footballing celebration and offered their supporters games full of good play, intensity and, above all, goals. Only four teams were unable to find the net over the weekend: UE Llagostera, CE Sabadell FC, CD Tenerife and CD Lugo.

In total, the cry of "Goal!" was heard on 37 occasions, with Ponferrada and Barcelona witnessing the highest number of goals per match with five. SD Ponferradina featured in one of the most eye-catching encounters of the league. Real Betis arrived in El Bierzo with all their weapons at the ready looking for another victory in the Liga Adelante, but Yuri de Souza and Pablo Infante dispelled any doubts and earned a 4-1 victory for the home side against the Andalusian team, with a hat-trick from the Brazilian forward.

It was a similar story in the Catalan capital for FC Barcelona B. Eusebio Sacristán’s team stamped their authority on a historic club of Spanish football, Real Zaragoza. Jean Marie Dongou (2), Joan Román and Gerard Gumbau sealed a 4-1 pummelling and once again demonstrated the good soccer played by the boys at La Masía, who every weekend add to the quality and spirit of the Liga Adelante.

Deportivo Alavés, CD Numancia, Real Valladolid, UD Las Palmas and CD Leganés were the other teams who scored the most goals in their encounters, with three each. The Canary Islands forward, Sergio Araujo, on loan from Argentina’s CA Boca Juniors, now has four goals in three matchdays and has become a favourite among the Gran Canaria fans, who this year will hope their team can earn its eagerly awaited promotion to the Liga BBVA.

Notably, matchday 3 of the last two seasons has seen a significant increase in the total number of goals scored, from twenty or so to a figure in the thirties, increasing the competitiveness of a Liga that was very tight last year, offering excitement to the end.