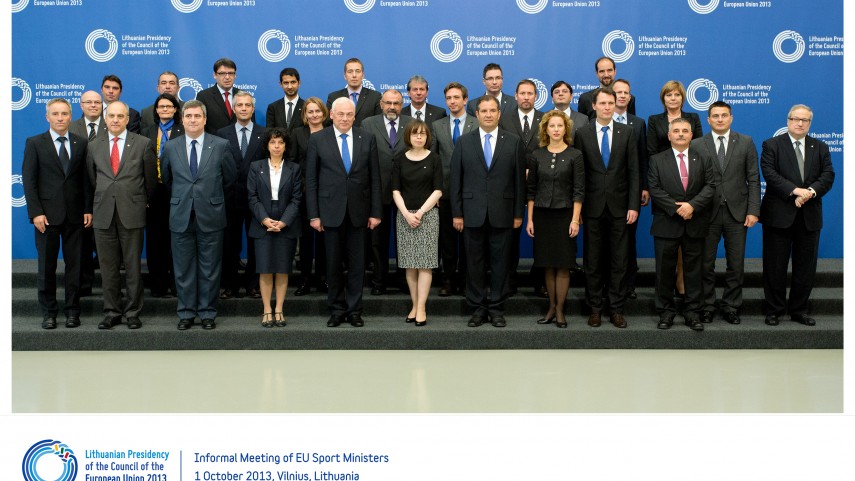 The High Sports Council supports the LFP’s administration in Lithuania.

Miguel Cardenal took part in the second day at the Informal Meeting of Ministers for Sport in Vilnius, Lithuania. The President of the High Sports Council defended the solvency and strength of Spanish football, and gave his backing to the Liga de Fútbol Profesional (LFP), and its administration.

The Secretary of State highlighted the strength of the clubs who form the LFP. Cardenal said that they had all worked hard to "repair their image with a viable plan that has helped them achieve their objectives this year, and start the process of working together with public authorities".

During the speech in Vilnius, Miguel Cardenal emphasised that "Spanish football, following the plan signed by the High Council for Sport and the LFP, has optimised its resources this season. The plan has worked, meaning that for the first time the money spent on contracting players is inferior to the amount raised by the player sales. Spanish clubs, right now, have their feet on the ground".

He also highlighted the economic administration of Spanish clubs, especially of Real Madrid CF and FC Barcelona. The Secretary of State for Sport defended the rights of clubs to sign world-class footballing talent, such as Gareth Bale, "because the club can afford it with the resources it generates". On the same subject, he made reference to FC Barcelona "who have the books balanced, and are in a position to finance signings like that of Neymar".

Cardenal finished by reminding everyone present that "by allowing the biggest Spanish clubs to take on these kinds of signings, we must not forget that these players command a huge salary, a large portion of which comes back into the Treasury, allowing the State to help citizens who need its help".