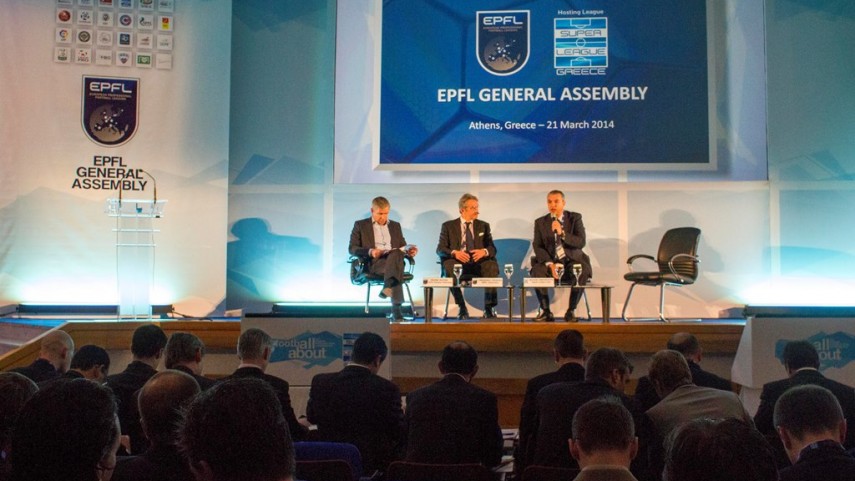 The EPFL AGM in Athens

Financial fair play, an increased level of transparency with regards to transfers, and clubs defaulting on players’ wages, were just some of the issues raised during the Meeting of the Association of European Professional Football Leagues.

The Association of European Professional Football Leagues held its second AGM in Athens, for which thirty representatives from various European leagues were present. Among the various matters raised, Austria’s Georg Pangl was elected as the new General Secretary.

One of the most important points of discussion was that concerning the financial fair play rules that have been put in place by UEFA. The European leagues, which have to comply with the financial rules and ensure the sustainability of the various competitions, all showed their complete support for the UEFA’s Financial Fair Play initiative.

The Liga de Fútbol Profesional implemented the new economic reforms at the beginning of the 2013/14 season. Another issue saw the major European leagues trying to come to a common consensus with relation to the date of the 2022 FIFA World Cup in Qatar, with all the implicated parties still waiting to come to a consolidated agreement.

On top of that, the EPFL also addressed the topic concerning all the associated leagues: to ensure the maximum amount of transparency with relation to transfers, as well as trying to put an end to clubs defaulting on players’ wages. Among other topics, the Association of European Professional Football Leagues also talked about the differences in prize money between the UEFA Champions League and the UEFA Europa League, as well as the qualification methods for each competition.

The AGM was also used to address the topic of third party ownership (TPO), both in terms of the ethical issues associated with it as well as the lack of transparency it can generate. The Association of European Professional Football Leagues argued that it understands that this is a complicated issue and that in certain countries it can act as a big source of income.

Following on from that, the European leagues showed their commitment to collaborating with the Association of European Clubs and UEFA to find ways of regulating this new phenomenon. Finally, the European leagues reiterated their intention of presenting a proposal to UEFA in order to give more clubs the chance to compete in a UEFA Youth League, something they see as fundamental in terms of ensuring a balance between the sporting and commercial sides of things in order to take part in the competition.