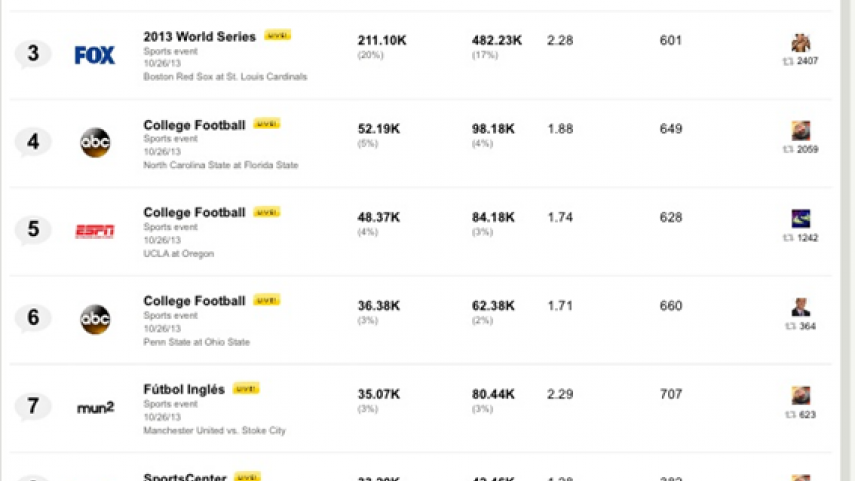 The Clásico tops tweeter rankings in the USA

The match between FC Barcelona and Real Madrid was the sporting event with the most tweets among US users.

Saturday's match between FC Barcelona and Real Madrid CF on the tenth matchday of the Liga BBVA was the most talked about sports event on Twitter in the USA, according to data collected by the agency Nielsen: The Clásico tops the table for the most tweets of the day from US fans.

The Clásico also had more tweets on Saturday than several college American football matches, demonstrating the huge impact and growing interest in the Liga BBVA in the USA.