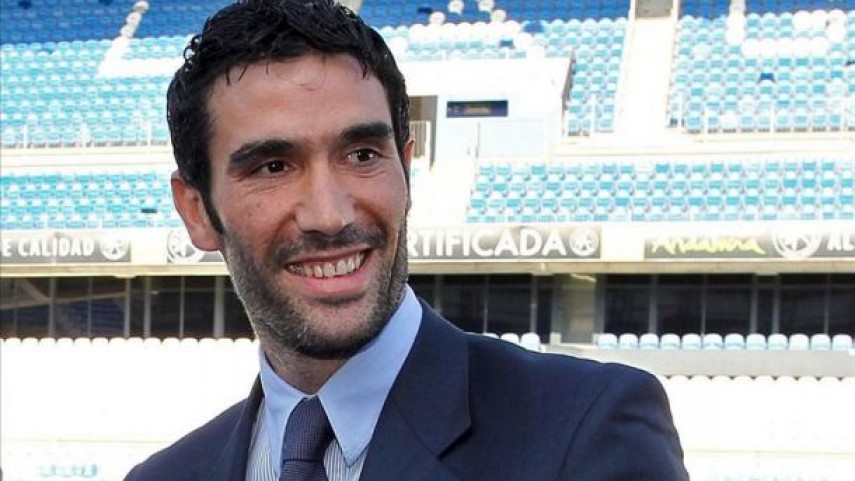 Fernando Sanz, ex-Real Madrid and Málaga player, spoke with LFP.es about this weekend's match between the team from the Capital and the Andalusians.

Fernando Sanz (Madrid, 4th of January 1974) was a defender who played in the colours of Real Madrid CF and Málaga CF and was also the president of the Andalusian outfit between 2006 and 2010. Sanz spoke to the LFP.es about the match that sees his two old teams come together at 20:00 in La Rosaleda. In addition, because of his current role as general director of the Liga de Fútbol Profesional in the Middle East, he discussed the Liga BBVA's image overseas.

LFP.es: Madrid will be hoping to forget their most recent clashes in La Rosaleda. Last year they lost 3-2. What kind of match are you expecting this year?

Fernando Sanz: A match with a lot of tension because of the situation Málaga are currently in – just three points from the relegation zone – while Real Madrid will be looking to stay on top and pull away from the chasing pack. The clash will be very entertaining because recently we have seen the teams at the bottom of the Liga BBVA beating those who are playing for the title.

LFP.es: In the 2012/13 campaign, Málaga played in the UEFA Champions League, this season they are fighting for survival. A difficult year of change…

Fernando Sanz: It is difficult, above all because it is such a big contrast. Last season it was the best debutant in the history of the Champions League and this year it is struggling to get anything out of its Liga BBVA matches. Málaga is at the bottom end of the table but its players do not match the position it is in. They work hard in the matches but they end up losing them through bad luck. The victory over CA Osasuna was important because it has put more teams into the fight to stay up.

LFP.es: Why do you think Isco is struggling to make the starting line-up, could it be the future of Real Madrid?

Fernando Sanz: Throughout Real Madrid's history, there have been plenty of cases like Isco's. Players who had a great season at their team and were signed by Madrid for a considerable amount of money, they start well and then seem to disappear a little. Isco is young, he has great promise and I think Carlo Ancelotti knows perfectly well how to treat him and perhaps he is pacing him because sometimes too much praise can be harmful. I think it is the typical adaptation of a great young player to Real Madrid. Isco will be a star at Real Madrid and for Spain but we have to be patient and not get excited because he is very young and he is learning. The demand is much higher than what he has had in recent years.

LFP.es: How do you see the end of the Liga BBVA?

Fernando Sanz: La Liga is more exciting than ever. Right now the relegation spots are really close together. Even Betis, who were a long way back, have joined the fight and they are sure to rally late on. Further up it is a very attractive battle. Atlético de Madrid are in the fight for the title when everybody had written them off saying that there were only two teams in the championship.

LFP.es: What is the Liga BBVA's following like in the Middle East?

Fernando Sanz: It is the most-followed league by far. Of the 350 million people, 175 or 176 million follow the Liga BBVA every weekend. The level of interest and knowledge on our championship is incredible and is greater than that of the following of the local tournament.

LFP.es: March the 23rd is the day of the clásico, has anything been planned for that match? What are the repercussions of a game of that stature?

Fernando Sanz: In the first half of the season we put on a party for the local population, above all for the Spanish population, here in Dubai. 10,000 people turned up, there were giant screens and it was very well received.