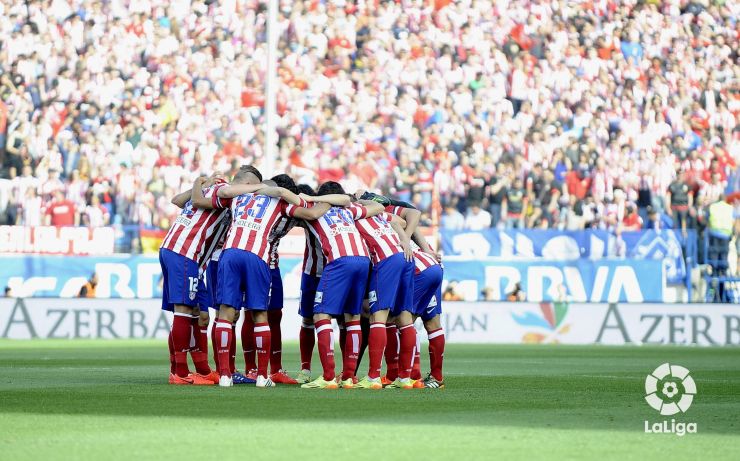 The Calderón, an impenetrable fortress

Atlético Madrid is the only Liga BBVA team that has remained unbeaten at home this season, with a tally of 15 wins and four draws.

The first step to becoming a championship-winning side is ensuring that you are unplayable at home, and that is exactly what Club Atlético de Madrid has done this year. Led by a man whose presence on the pitch was a familiar sight during his playing days, Diego Pablo 'Cholo' Simeone, the manager’s spirit is now deeply ingrained in the rojiblanco philosophy. The Argentine has done a wonderful job with the Madrid club, turning the team into a difficult opponent to beat, even more so in matches in the Vicente Calderón, where Atleti have not lost a single Liga BBVA encounter this season.

The most recent team to fail to register a win in the Calderón was Málaga CF last weekend. With the home side playing to lift the title, the Andalusians took the lead through Samu García. Atlético responded the only way they knew how, with an equaliser from a dead ball situation. Centre half Toby Alderweireld scored a header from a corner to send the stands into raptures and make it 1-1.
Although it was not a title-winning goal, it means that Atlético now depend on themselves going into the last game of the league campaign. The goal also meant that they have further extended their unbeaten run in the Calderón this season. Only four teams (FC Barcelona, Sevilla FC, Real Madrid CF and Málaga CF) have managed to take a point away from the rojiblanco stadium, where the Atlético has only conceded ten goals all season.

Without a doubt, none of this would have been possible without the unconditional support of the home fans, some of the most loyal in the division. The last time the rojiblanco fans experienced something similar was when another club legend, Luis Aragonés, was at the helm back during the 1982/1983 season. Including this campaign, the club from the banks of the Manzanares has now recorded seven-unbeaten seasons at home.

The last time Cholo Simeone’s disciples lost at home in the Liga BBVA was all the way back on the 12th of May 2013, when they were beaten 1-2 by Barcelona.

During this current campaign, Athletic Club have also fought it out with Atlético Madrid for the honour of remaining unbeaten in their own stadium. The new San Mamés was a strong fortress to begin with, but on matchday 24 it was conquered by RCD Espanyol, leaving the Madrid club alone in its attempts to continue with this most demanding of challenges.

The rapport between Cholo and the fans seems to have been one of the reasons behind this successful run. "When the fans are at full voice, the atmosphere is rocking and that gives you more energy and strength to compete. When people ask 'why do we support Atleti,' it is for this reason. We are passionate, humble, hard working. And if we have to suffer, we suffer", stated Argentine coach, who remains Atlético Madrid’s legendary number 12.