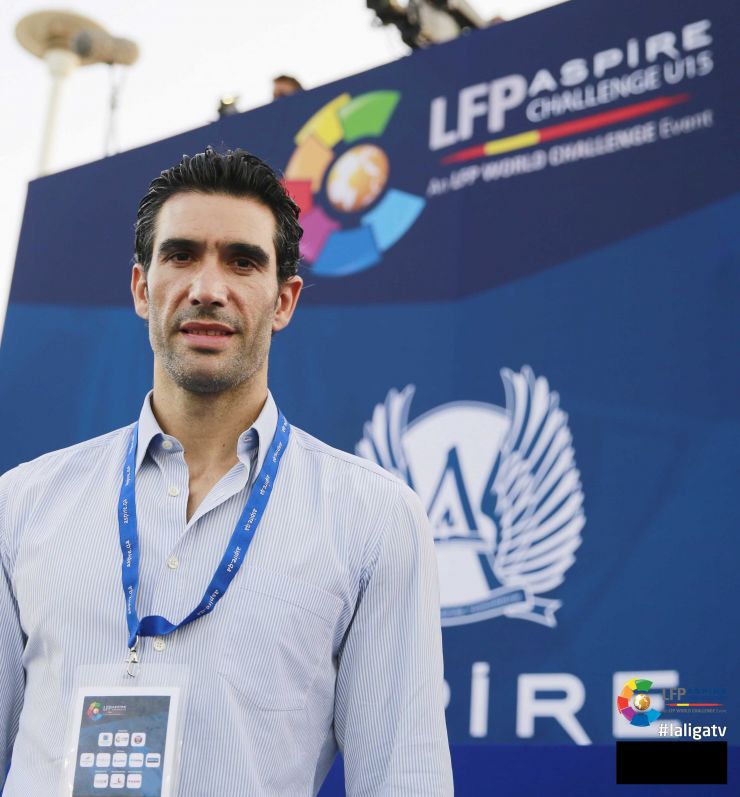 "The boys will remember this experience throughout their careers”

The first edition of the U-15 LFP Aspire Challenge, an initiative of the LFP World Challenge, which can be followed live on La Liga TV, is showing that it is a success. 10 Spanish 'cadete' sides have been lucky enough to compete in the Aspire Academy's facilities in Doha (Qatar) between the 12th and 16th of April, living an unforgettable experience.

Fernando Sanz, director general of the Liga de Fútbol Profesional of the Middle East and North Africa (MENA), analysed all aspects and the importance of the event for LFP.es

LFP.es: For those who don't know about the tournament, what does it consist of?
Fernando Sanz: It is a tournament organised by the Liga de Fútbol Profesional in association with Aspire, within the brand LFP World Challenge. There’s 10 LFP sides and two of the Aspire Academy, all of which are U-15.

LFP.es: What is its principal objective?
Fernando Sanz: It is aimed at helping promote LFP sides and helping players, who, in the future will be playing for the best sides in Liga BBVA. A development that allows the LFP brand to be expanded.

LFP.es: What benefits does this initiative offer the boys?
Fernando Sanz: They're going to have a unique experience. They are going to a country like Qatar and a city like Doha to live the experience of competing against boys of the same age. It's something unique to be able to play a tournament in an exotic country like Qatar, where the 2022 World Cup will be played.

LFP.es: Are there any plays to organise more tournaments in these kinds of places?
Fernando Sanz: Yes, we continue to work to expand and help the Liga and its smaller sides more well known. Our intention is to hold more tournaments. This sit he first edition, but it will be the first of many. We want that with time it becomes an important competition. We also want to have more tournaments not only in Qatar, but also in other Arab countries.

LFP.es: What impact can this initiative have on football in Qatar?
Fernando Sanz: A lot. The tournament is being televised in Spain as well as Arab countries. I have received a lot of phone calls from people wanting to come to the tournament, who have found it interesting and want to be here. It is difficult to get so many players in once place and there are a lot of people who want to watch the best players from Spain and the Aspire Academy. To have the opportunity to see the evolution of these boys during the four days is very important.

LFP.es: From what you've said, there are great things expected from the tournament
Fernando Sanz: Yes. As I’ve said I've taken a lot of calls. It is difficult to get all of the bet young players in Spain to the same place for four days of competition. Each one of these boys plays in their own city and community, and it is difficult to get them together. To live such a rich experience in another country playing against the best of your age group is so important for their footballing development and will be something these boys remember throughout their sporting careers.