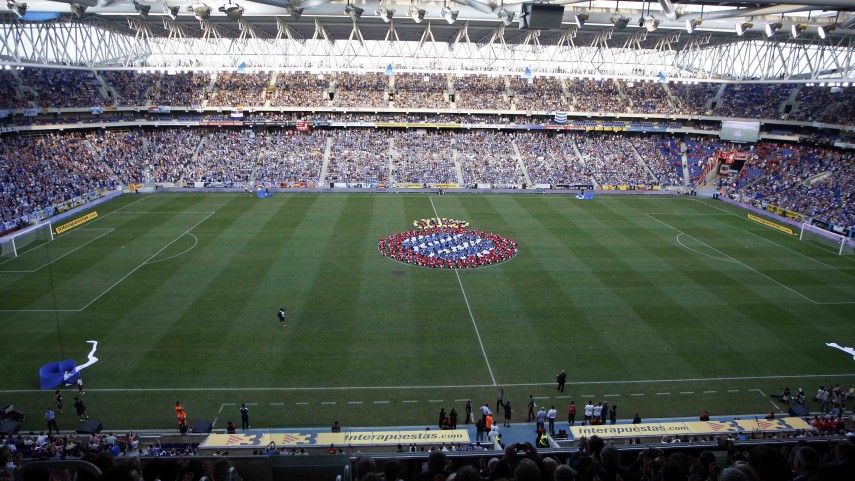 Sweet celebrations in the Cornellà

Espanyol's fans celebrated the 100th official match in their stadium with a victory five years after it raised its curtain for the first time.

Last Sunday, on the 27th matchday of the Liga BBVA, the Cornellà-El Prat stadium had reason to celebrate. The RCD Espanyol ground was hosting its 100th official match and both the fans and players were ready to celebrate. They did so in style with a 3-1 victory over Elche CF.

Emotions were running high on a day that took the pericos' minds back five years to that hot and bright 2nd of August in 2009, when Cornellà raised in curtains in a match against Liverpool FC. It was a friendly and unofficial game that Espanyol won 3-0 with a goal from Luis García and a brace from Israeli player Ben Sahar.

The clash marked the start of Espanyol's modern era and, since then, the stadium has hosted 89 Liga BBVA matches and 10 in the Copa del Rey. The club has a 50% winning record at home and, interestingly, only two coaches have adorned the bench in the Cornellà: Mauricio Pochettino and the current manager, Javier Aguirre.

The top goal-scorers in the blanquiazul fortress are Juventus striker Pablo Daniel Osvaldo and Real Betis Balompié midfielder Joan Verdú, both with 17 goals. Fans will never forget the historic thrashing of Madrid side Rayo Vallecano (5-1) they were treated to on the 11th of March 2012.

Part of the stadium's charm also lies in the magic in the stands, where the fans burst into applause in the 21st minute of every match in memory of Dani Jarque, the captain of the blanquiazules who passed away just six days after the stadium opened its doors.

On Sunday, victory against Elche was the best way to pay homage to Jarque in the stadium's one hundredth match, as the players managed to transfer the party from the stands to the pitch. It was a perfect Sunday that will go down in the history of the club and live long in the memories of its fans.