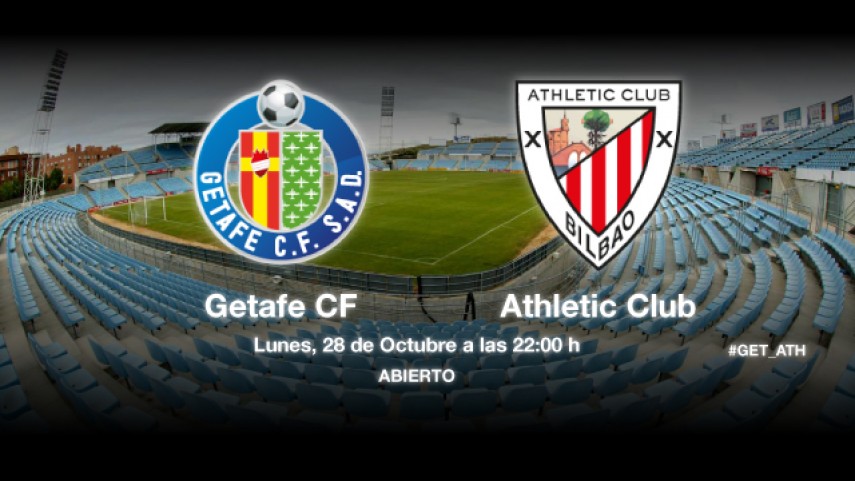 Streaks at stake in the Coliseum

Getafe, who have won four consecutive matches, host an Athletic that has suffered three away defeats in a row. Both teams are in the European spots with 16 points.

Liga BBVA matchday ten closes on Monday with an attractive clash between Getafe CF and Athletic Club in the Estadio Coliseum Alfonso Pérez.

Luis García, the Madrid team's coach, who will be expecting his men to record their fifth consecutive victory, has left out Albert Lopo, Mehdi Lacen and Juan Rodríguez, while Alexis Ruano and Sergio Escudero return to the fold. "We face an opponent who has improved in defence, and they are dangerous in attack", said the Getafe manager, whose side lies in fifth position with the same number of points as Athletic (16).

For his part, Ernesto Valverde, believes his team will return to winning ways away from home, where it has not won since its first match in the Liga BBVA. Kike Sola, who was already out, is joined by Iker Muniain with a back problem and Ibai Gómez who has a muscle injury. "Getafe is a well-organised and strategically solid team. I hope we can find our game away from home, we are capable of it", claimed Valverde, whose team has lost three games in a row away from the Nuevo San Mamés.