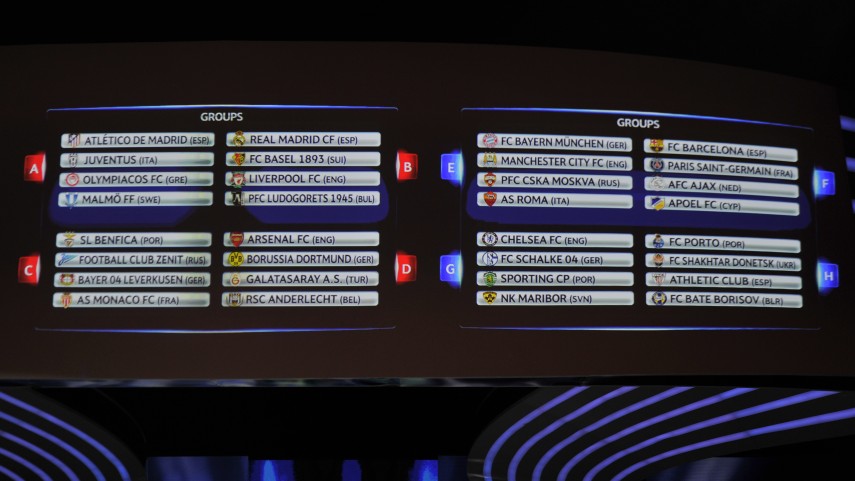 Liga BBVA's four representatives, Real Madrid CF, FC Barcelona, Club Atlético de Madrid and Athletic Club, have all found out who their opponents are in the 2014/15 UEFA Champions League Group Stage following Thursday's draw at the Grimaldi Forum in Monaco.

Reigning champions Real Madrid, were drawn into Group B for the second year in a row. They will face FC Basel, Liverpool and PFC Ludogorets. The Whites will be looking to build on the Décima that they won in May by becoming the first side to retain the title.

Meanwhile Atlético were draw into Group A alongside Juventus, Olympiacos FC and Malmö FF. Diego Simeone's side, who were runners up last season, are looking for their first ever European Cup.

Barcelona will play in Group F, where they will fight it out for a place in the last 16 with Paris Saint-Germain, AFC Ajax and APOEL FC. The Catalan side, who last won the tournament in 2010/11, will be looking for their fifth title.

Finally, Athletic have been drawn against Porto, FC Shakhtar Donetsk and FC BATE Borisov. The Basque outfit, who are playing their first Champions League Group Stage for 16 years, will go into the competition with their morale high following their win over SSC Napoli in the play-off, and will be confident of getting through to the last 16.

The other UEFA Champions League Groups