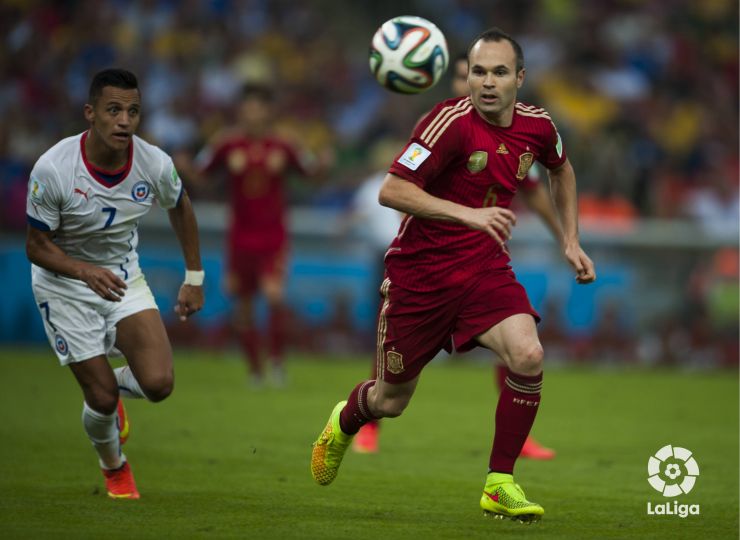 Spain out of the World Cup

Spain have failed to fulfil their dream of defending their world title after losing 2-0 to Chile.

Spain suffered a 2-0 defeat at the hands of Chile after goals from Eduardo Vargas and Charles Aránguiz in their second match at the 2014 FIFA World Cup. The result means that the team managed by Vicente del Bosque are out and Chile progress to the next round with Holland.

The match in the Maracanã started with a high tempo . A feisty Chile came out to pressure Vicente del Bosque’s men and before the first minute was up Gonzalo Jara was on the verge of opening the scoring for the South Americans. However, the Chileans were more clinical when their next opportunity arose, as ex-Valencia CF player Eduardo Vargas beat Iker Casillas to make it 1-0. Spain’s heads dropped after the goal but they could have equalised shortly afterwards, when both Xabi Alonso and Diego Costa failed to find their mark. With halftime just around the corner, a shot from Charles Aránguiz double Chile’s lead.

Spain tried everything in the second half. Koke breathed new life into the midfield and they soon had a chance to cut the deficit, but Sergio Busquets missed from point-blank range early in the second half. As the clock ticked on, Spain continued to seek the net, while Chile decided to sit back and soak up the pressure, but the Spaniards could have come back were it not for two saves from Claudio Bravo. The score remained the same for the rest of the match and six years of success came to an end for Spain.