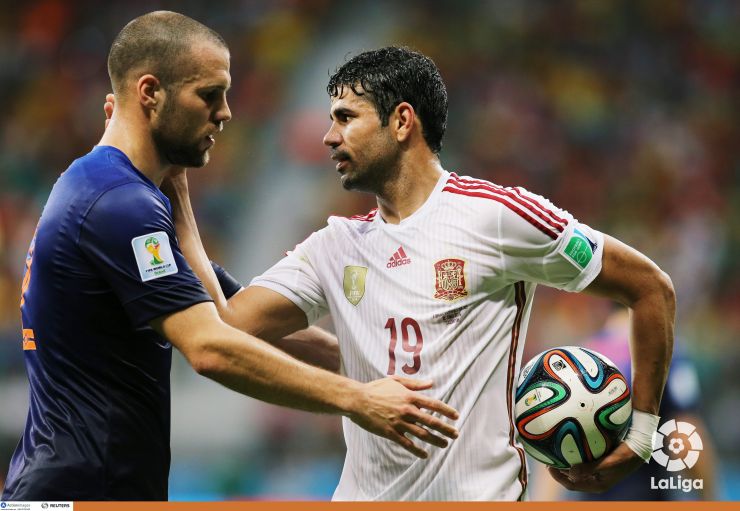 Spain off to a losing start

The world champions were hammered by a Holland side looking for revenge in their first World Cup match.

Holland wanted revenge and they got it. The last FIFA World Cup final seemed a million miles away following Friday's game at the Arena Fonte Nova. The reigning world champions were overwhelmed in the second half and lost their first match in Brazil 1-5.

It was Del Bosque's side's debut in this year’s tournament and they appeared to be confident. Spain controlled the ball in the opening minutes and they lured Holland in; Stefan de Vrij felled Diego Costa in the area and Xabi Alonso put his country ahead in the 28th minute. Just before the break the world champions were caught out by a terrific diving header from Robin Van Persie, who levelled the scores up.