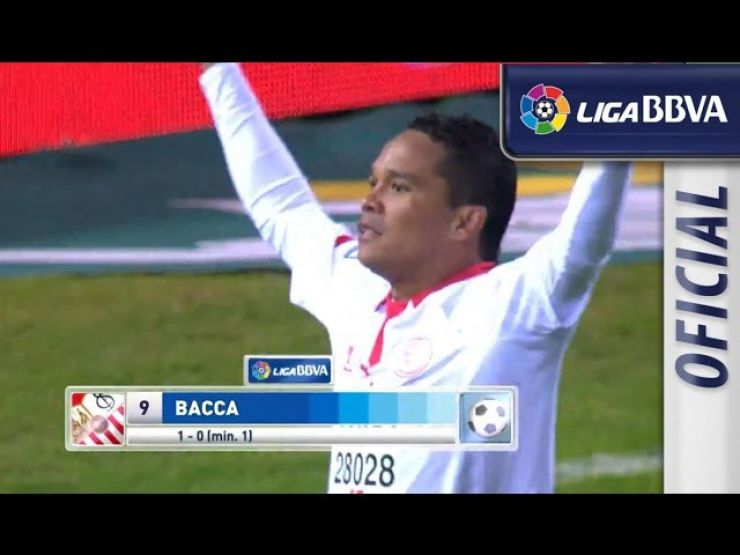 Sevilla take the spoils in the derby

A goal from Bacca in the second minute gave Sevilla the lead. Betis tried to find an equaliser, but Emery's side demonstrated their potency in front of goal.

Sevilla FC took the derby spoils against Real Betis Balompié 4-0 in the 15th round of Liga BBVA. Unai Emery's side moved to within a point of the European places, whilst Betis remain at the foot of the table.

A Sevilla - Betis match is always intense, and the first of the 2013/14 season did not disappoint. It was Sevilla who were quickest out of the blocks, taking the lead after only two minutes of the game. Carlos Bacca got on the end of José Antonio Reyes's cross, beating Guillermo Sara. Pepe Mel's side, surprised by the early goal, tried their best to level up proceedings and almost did so through Jorge Molina and Nono, however they were unable to find a way past Beto.

Before the break, Sevilla took advantage of their numerical supremacy following the sending off of Paulao, and doubled their advantage thanks to a superb header from Stéphane M'Bia, sending the Estadio Ramon Sánchez Pizjuán into raptures. Betis to their credit didn't down tools, and carried on trying to find a way back into the game. Emery's side demonstrated their superiority on the pitch and sealed the victory with goals from Vitolo and Iborra.