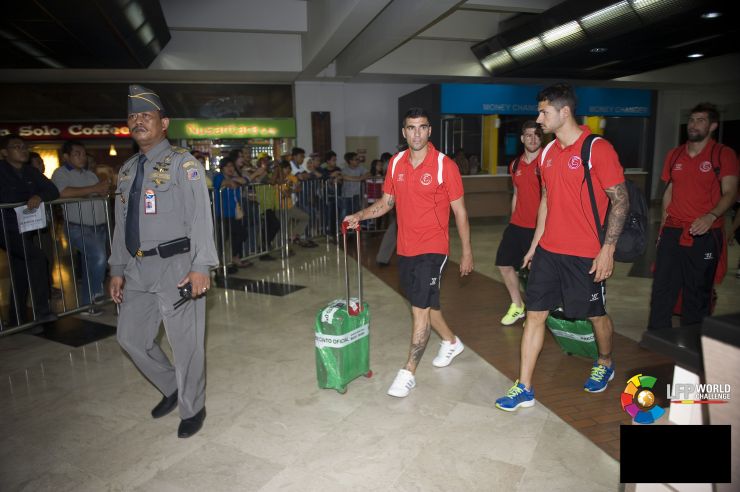 Still with the sweet taste of success earned in the final of the Europa League at the Juventus Stadium fresh in their mouths, Sevilla FC are now taking on the LFP World Challenge. Unai Emery's side, who landed in Jakarta to an incredible reception, will make their debut in the tournament against Pelita Bandung Raya (PBR) this Thursday (15:45 Spanish time) in Bandung.

Their opponent, Pelita Bandung Raya, showed pride in being able to play a game against the newly crowned Europa League champions.

"It's an honour for the club to have the chance to go up against the European champions", said Marco Gracia Paulo, the PBR chairman, who also added that "It will be a very important match for us and will help us to continue growing".

Pelita Bandung Raya, the club that Mario Kempes played for and managed, is one of the most prestigious in the Indonesia Super League. From West Java, PBR have won several domestic titles and even taken part in the Asian Club Championship.

FIND OUT ALL ABOUT THE LFP WORLD CHALLENGE ASIAN TOUR