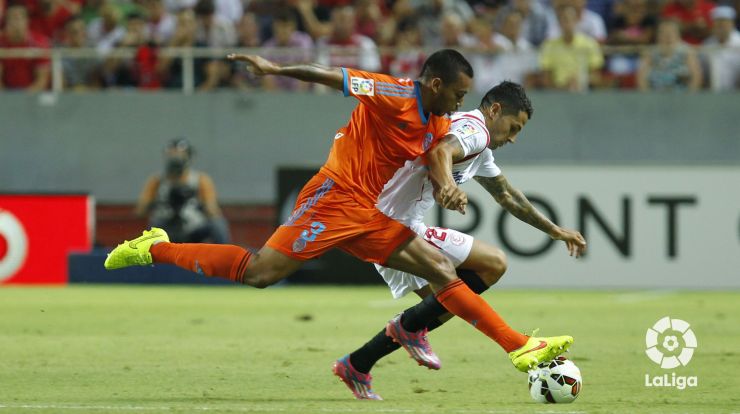 Sevilla and Valencia start with a draw

Goals from Aleix Vidal and Lucas Orban meant that the spoils were shared at the Sánchez-Pizjuán.

The spoils were shared in the first game of the 2014/15 season between Sevilla FC and Valencia CF. The two teams drew 1-1 at the Sánchez-Pizjuán Stadium in an evenly matched game that was decided in the dying moments of each half, through goals from Aleix Vidal and Lucas Orban, both new signings for their respective clubs.

Though Valencia looked more comfortable on the field and controlled the game in the first half, a score from new signing Aleix Vidal put the Seville side ahead just before the break. A move from Carlos Bacca down the left ended in a killer pass that was initially cleared by Diego Alves but finally finished by the striker in front of goal.

After half time, Sevilla attempted to finish the game, but chances for Victor Machín ‘Vitolo’ and Denis Suárez were not good enough. Nuno Espíritu Santo’s men, aware of the importance of earning three points in the first game of the season, stepped up the intensity and found the equaliser just before the final whistle through a team move that was finished by Lucas Orban.