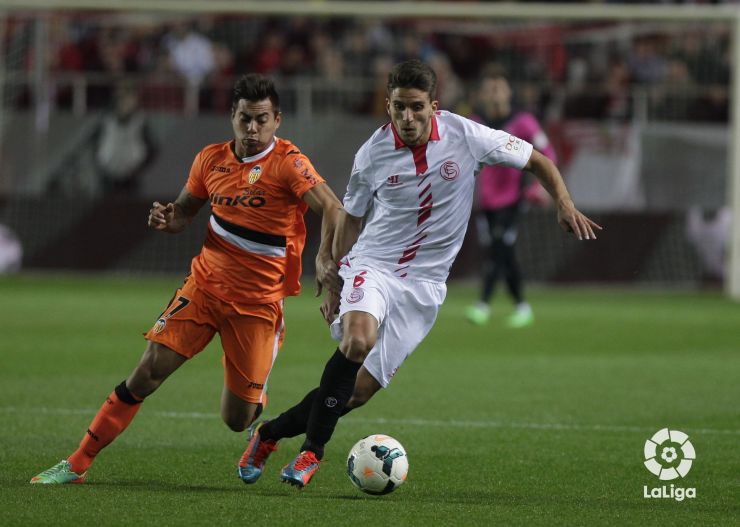 Sevilla and Valencia battling for the final

The two Spanish sides will face off in the semi-finals of the UEFA Europa League on the 24th of April and the 1st of May.

The Andalusian side will host the first leg at the Estadio Ramón Sánchez-Pizjuán on the 24th of April after making history and coming back against FC Porto in the quarterfinals. "We are very happy of having got here and having this opportunity to get into another final after the two we've played in the last decade", said former Sevilla player Francisco after the draw at UEFA's HQ in Nyon.

Valencia, who got through after hammering FC Basel 1893 5-0, will host their opponents on Thursday the 1st of May at the Mestalla in a tie that Francisco Rodríguez 'Rufete', general manager of the 'ché' said "will be a great semi-final. Hopefully we can get to the final. The important thing is that there will be a Spanish finalist", said Valencia's representative.

The winner of the all-Spanish tie will play in the final in Turin on the 14th of May.