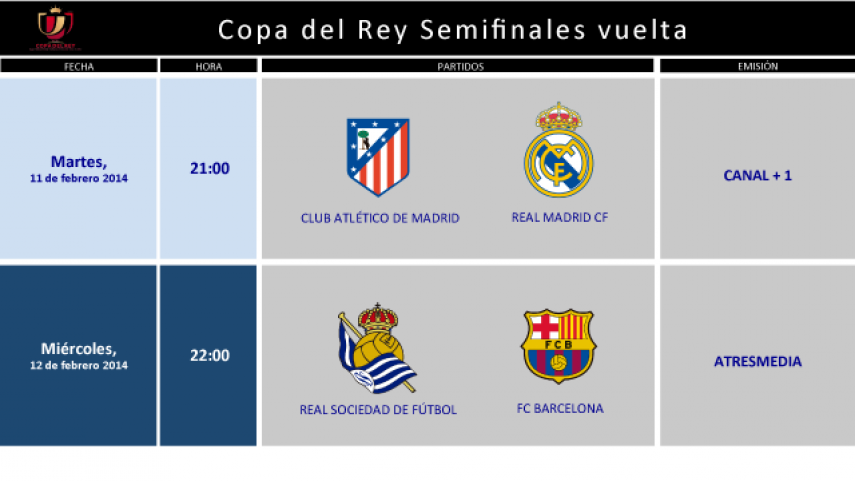 The second-leg of the semi-finals will be played on Tuesday the 11th and Wednesday the 12th of February.

The schedules for the second-leg of the Copa del Rey semi-finals have been announced. The clash between Club Atlético de Madrid and Real Madrid CF will take place on Tuesday the 11th of February at 21:00, while Real Sociedad de Fútbol will meet FC Barcelona on Wednesday the 12th at 22:00.