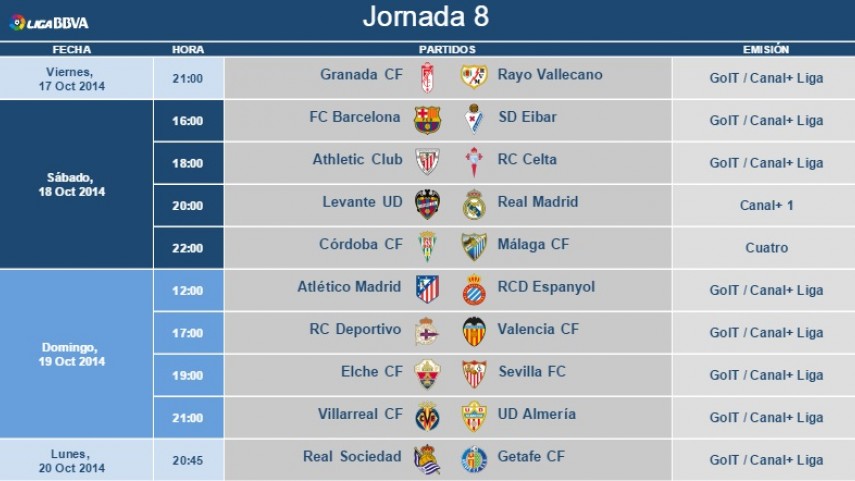 Schedule for matchday 8 of the Liga BBVA

The matchday will start on Friday 17 October at 9 pm with Granada - Rayo and finish on Monday 20 with the game between Real Sociedad and Getafe.

The schedule for matchday eight of the 2014/15 Liga BBVA, to be played from 17 to 20 of October, has been announced. The matchday will start with the clash between Granada CF and Rayo Vallecano to be held at the Nuevo Los Cármenes Stadium at 9 pm. The matchday will end on Monday 20 October at 8.45 pm with the game between Real Sociedad de Fútbol and Getafe CF.