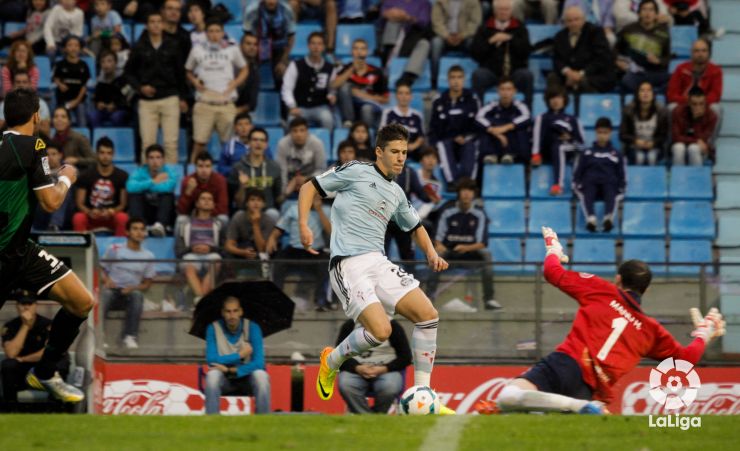 The Spanish forward’s impact on Luis Enrique’s team has left no one in the Liga BBVA indifferent.

After avoiding the drop on that final matchday of last season, Celta Vigo has started out this campaign with a lot of new personnel, beginning with the technical staff, which is now under stewardship of Luis Enrique. However, with all the new arrivals there have also been departures, including that of one of the club’s most important players over the past two years, Iago Aspas.

To compensate for Aspas’ move to Liverpool, players like Charles, Nolito and Rafinha have come in to bolster the attack. Players of recognised quality across Spain, who along with the youth academy players, are helping to bring in a new era at Celta. However, the forward making the biggest impression on the Galician team is Santi Mina, a product of the club’s youth academy who has been breaking into the squad under the guidance of Enrique.

His debut was full of ups and downs. Celta travelled to San Mamés to play in the first competitive match in Athletic Club’s new stadium. Coming on in the second half, Mina made an instant impact by scoring his team’s second goal, which in the end only helped dress up a 3-2 defeat.

Since that match the youth academy player has been a fixture in Luis Enrique’s team sheets, starting once and coming off the bench on four more occasions. But his progress is not just limited to the Liga BBVA, this week, in the final of a friendly tournament, he helped the Spanish Under-19 side to a 4-1 victory against Hungary by scoring a hat-trick.

As long as he keeps on the right track, the Liga BBVA will be able to enjoy to watch Celta’s new pearl for a long time to come.