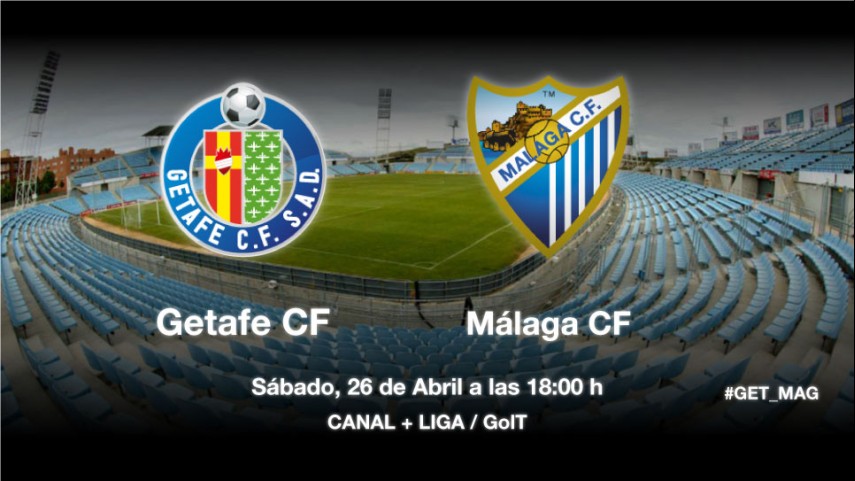 Safety to play for in the Alfonso Pérez

Getafe, who play host to a Málaga side within touching distance of safety in the Liga BBVA, will be looking for what has become an increasingly-elusive win on Saturday.

Getafe and Málaga take each other as part of the relegation scrap during matchday 35 of the Liga BBVA season. The two sides meet in the Coliseum Alfonso Pérez in the Spanish capital this Saturday at 18:00.

The home team’s manager, Cosmin Contra, will be without the suspended Alexis Ruano and Ángel Lafita, as well as Jaime Gavilán and Miguel Ángel Moyá, who are both injured. "This is the most important match I’ve faced so far during my short managerial career. We need all three points whether we like it or not. If we win our next two home games we’ll be in with a chance of staying up", said Contra.

Meanwhile, the former Getafe boss and current manager of the Costa del Sol outfit, Bernd Schuster, will travel with his full squad to Madrid, with the exception of Moroccan central midfielder Nordin Amrabat. "His absence is a blow for us. We don’t have other players like him. It’s very likely that Portillo will play on the right and Samuel on the left", the German stated.