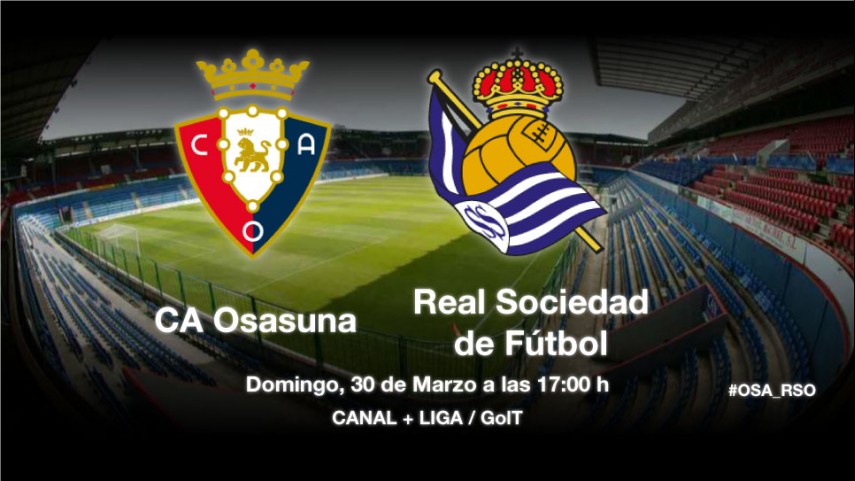 Safety and Europe up for grabs

Osasuna and Real Sociedad meet for matchday 31 of the Liga BBVA season with both teams’ focused on getting a win to help them with their widely differing objectives.

Osasuna and Real Sociedad face each other in El Sadar for matchday 31 of the Liga BBVA with the Basque side looking to stay in the race for European qualification for next season, while the Navarran outfit will be hoping to stir clear of the relegation dogfight.

Osasuna have lost five games on the bounce since beating Atlético Madrid 3-0 on matchday 25, and as such a win would be the perfect way to regain confidence ahead of the final stretch of the season. Emiliano Armenteros and Miguel de las Cuevas have both been named in Javi Gracia’s list of players for this match, with the manager stating that "the aim on Sunday is to win".

Meanwhile, the San Sebastian side got back to winning ways midweek with a 1-0 victory over Valladolid, and will therefore be looking to keep their aspirations of UEFA Champions League football alive with another three points. Jagoba Arrasate made it clear that his team cannot allow Osasuna "to get into the match" because they are a very "capable" side.