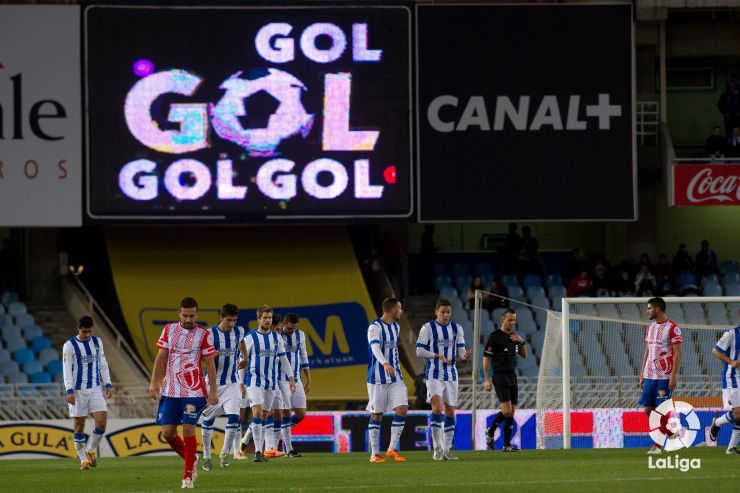 Reliable in front of goal

The Liga BBVA is home to some of the biggest goal scorers in world football. LFP.es takes a look at some of 2013’s most lethal finishers.

In order for a team to achieve the objectives it sets out at the start of the season, it is important to have a good balance across the different areas of the pitch. But having a predator in front of goal is an added bonus for any team. And the Liga BBVA is spoiled for choice when it comes to talented goal scorers who week in, week out bring smiles to their fans’ faces.

A glance at the Liga BBVA 2013 goal-scorers table shows Cristiano Ronaldo in the lead with 38 goals from 33 league matches, while Messi and Diego Costa trail the Portuguese with 28 goals in 26, and 27 goals in 36 respectively. Following on from them is Real Sociedad’s Vela with 22 goals. Just after the Mexican on 21 goals are fellow Sociedad teammate, Griezmann, Piti (18 goals for Rayo Vallecano and three for Granada) and Valencia’s Jonas.

With days to go until the New Year, Real Betis’ Rubén Castro, Valladolid’s Javi Guerra, Athletic Club’s Aduriz and Real Madrid’s Benzema all find themselves on 19 goals a piece for 2013, while Spain’s all time record goal scorer, David Villa, clocked up 18 goals during the calendar year (10 with Barcelona and eight with Atlético). Villa’s ex teammate at Barca, Pedro, continues to add value to the Catalan outfit and finishes 2013 with 17 league goals. Spain is well represented in the goal scoring charts with Imanol Agirrexte and Sergio García also making their marks on the list, with the Real Sociedad man scoring 16 times and the RCD Espanyol striker bagging 14 goals.