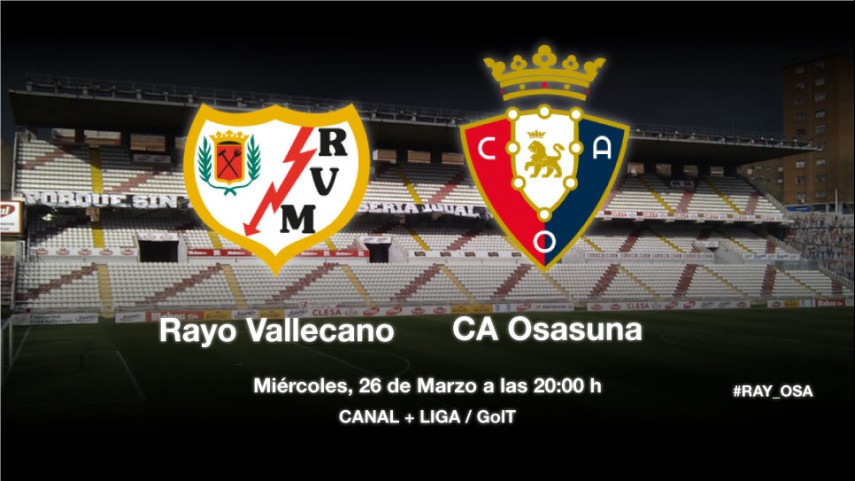 Rayo and Osasuna, separated by only one point, will be looking for a win that would see them put distance between themselves and the relegation zone.

Rayo Vallecano host CA Osasuna in the 30th round of Liga BBVA fixtures this Wednesday.

The Madrid side are enjoying a good run; the draw with Real Valladolid on Saturday made it four without a loss. Osasuna will be the last of three games that Paco Jémez’s side play against direct rivals, having beaten UD Almería in addition to securing the aforementioned draw. Their coach defined the fixture against the side from Navarra as “the most important” that they will play this year, and affirmed that it’s down to themselves: “We can’t think about what other sides will do”. The injured duo Tito and Leonel Galeano will miss out.

The Pamplona outfit are in a totally different situation. Javi Gracia’s side go to the Estadio de Vallecas sitting 17th in the Liga BBVA table, having lost their last four games, scoring only once. The Basque side’s manager will be without injured players Miguel De Las Cuevas and Emiliano Armenteros. Javi Gracia described his side’s situation: 2When you see yourself closer and closer to the drop zone, your worries grow, but we have to stay calm”. Gracia affirmed that Osasuna are “coming into a game that is a final and with nine fixtures to go”.