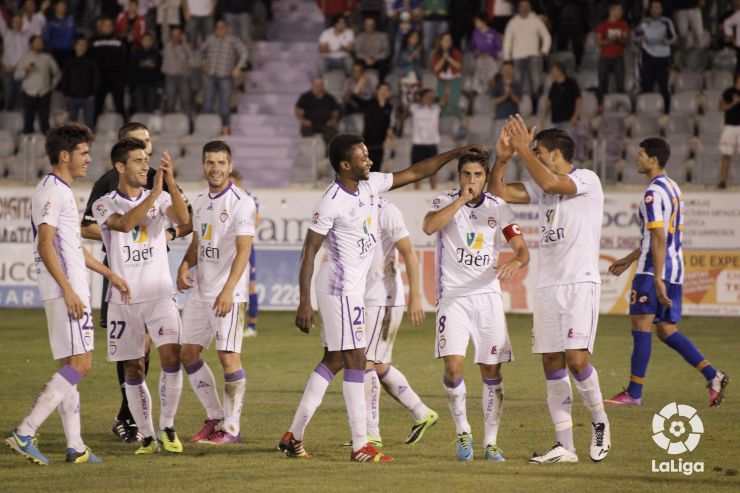 Recreativo, Jaén and Girona through to the fourth round

Leaders of Liga Adelante Recreativo de Huelva defeated Lugo in the third round of the Copa del Rey. Meanwhile, the Andalusian and Catalan sides knocked out Deportivo and Alavés respectively.

On Wednesday night we learnt the names of the first three Liga Adelante sides in the hat for the Copa del Rey fourth round draw next Friday.

Liga Adelante leaders RC Recreativo de la Huelva saw off CD Lugo thanks to 79th minute goal from Joselu. The side from Galicia will have the chance for immediate revenge this Saturday when the sides meet again in the league.

Real Jaén CF secured a famous win against RC Deportivo de La Coruña. The side from Andalusia, who currently sit in the Liga Adelante relegation places, knocked out a Depor side that are near the top of the table. Goals from Servando Sánchez (72’) and Juanma (78') were enough to see Jaén through to the next round.

A penalty shootout was the only way of separating Girona FC and Deportivo Alavés. After the 90 minutes and extra time had finished goalless, it was the side from Catalonia who held their nerve to take the tie 4-2 on penalties.