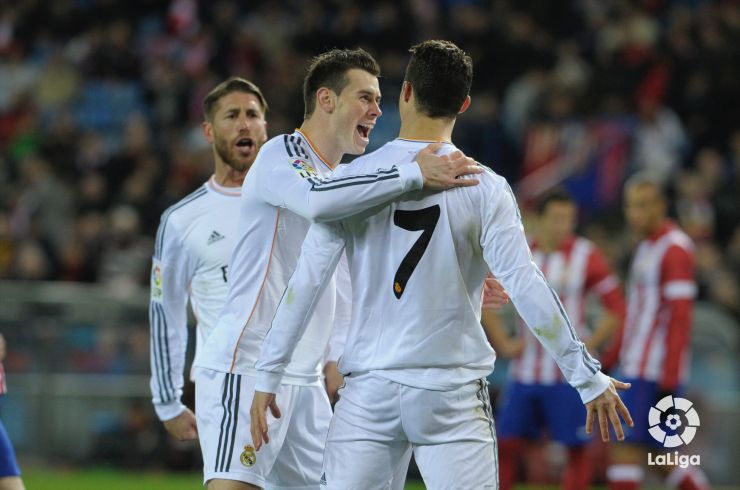 Real Madrid seal their place in the final

Real Madrid CF defeated Club Atlético de Madrid 0-2 in the second leg of their Copa del Rey semi-final. In winning, Carlo Ancelotti’s side knock out the defending champions, adding to their 3-0 advantage from the first leg at the Santiago Bernabéu. The Whites will contest their third final in the last four years.

It only took 15 minutes for The visitors to seal their place in the final. Two unfortunate passages of play for the Red and Whites’ defence were key to the undoing of any possible comeback from Simeone’s side. The referee awarded two penalties for challenges on Cristiano Ronaldo and Gareth Bale, and the former put them both away to make it 0-2 on the night.

With such a hefty advantage, the visitors controlled the game and created more danger. The home side’s goalkeeper, Dani Aranzubia, had to show his agility in stopping efforts from Cristiano and Bale to ensure there was no third for Real Madrid. Iker Casillas pulled off a fine save from a Sosa shot in the final few seconds of the tie that ended 0-2 as The Whites advance to the final of the Copa del Rey.