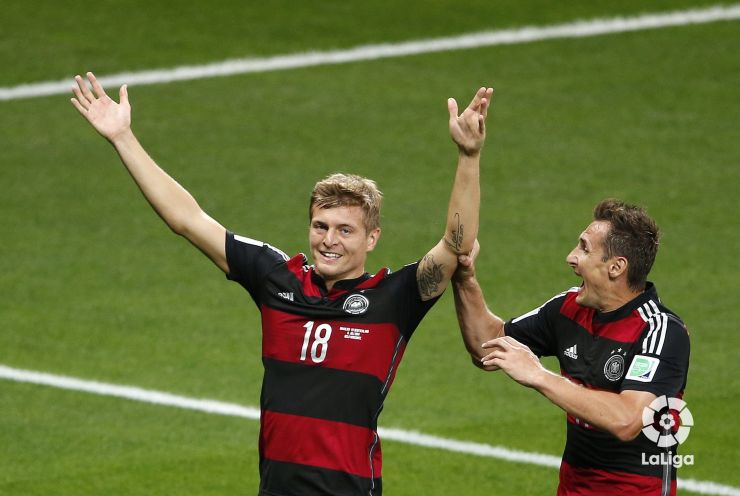 The central midfielder joins Real Madrid from Bayern Munich and has signed a six-year deal.

Real Madrid have signed Toni Kroos, bringing organisation and solidity to the centre of the park. The German player leaves Bayern Munich having won everything there is to win, and signs for the club from the Spanish capital for the next six seasons.

Kroos, who is 24, will arrive at the Santiago Bernabéu after having won the World Cup with his national side last Sunday 13 July. From him Carlo Ancelotti is guaranteed hard work, force and German loyalty in the centre of the park. The Greifswald-born player has shown his abilities over the years for Bayern, the national side and Bayer Leverkusen, for who he played on loan under the watchful eye of Jupp Heynckes.

The midfielder will be presented today (Thursday) and will join up with the Copa del Rey and Champions League holders in August as they aim to win Liga BBVA this season.