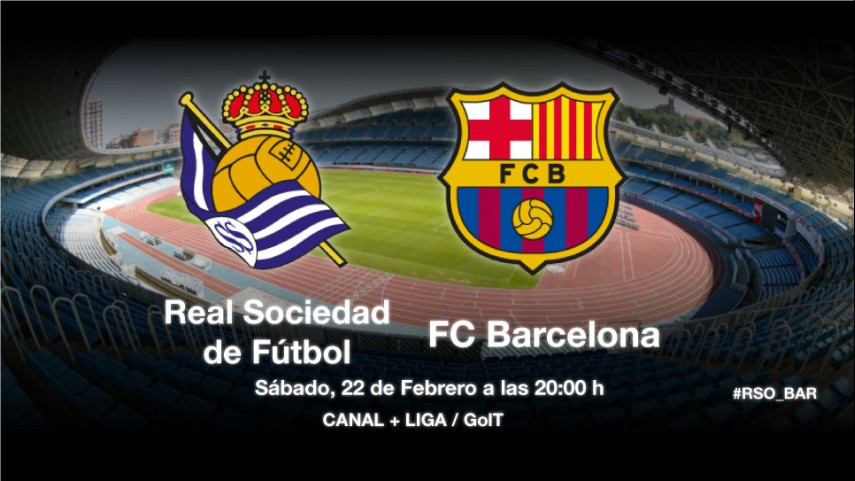 Real look to turn things around in the Liga BBVA

After bowing out to Barça in the cup, Jagoba Arrasate's men will be looking for their revenge in the Anoeta, where they have not lost in their last four matches against the blaugrana.

Real Sociedad de Fútbol and FC Barcelona meet on Liga BBVA matchday 25 after their passionate Copa del Rey semi-final clash. The two teams come into the match in fine fettle and the azulgranas are bidding to keep their place at the top, while the txuri urdin will be hoping to stay in touch with the battle for the UEFA Champions League.

Without Jordi Alba, who is being rested, and Carles Puyol, Sergi Roberto and Ibrahim Afellay who have been left out for technical reasons, Gerardo Martino's students will be sure to give their all to take three points back to Barcelona. Before the game, the Argentine coach stated: "I think the match will be different to the cup tie. Both teams need to win".

Real are placing their hopes in the stats and the current form of their strikeforce, Carlos Vela and Antoine Griezmann, to beat the blaugrana. The team from Donostia has picked up points on all four of the previous four occasions they have met the side at home and they expect to do the same this time. "It will be a difficult match, but I would not accept a draw if it were offered to me", said the team's manager, Jagoba Arrasate.